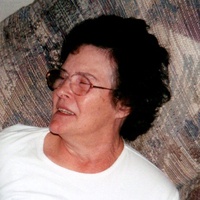 Mrs. Alice M. Robinson went to be with the Lord on July 12, 2021, with family by her side after an extended illness. She lived a long and fulfilling life. She was born August 3, 1935, in Speedwell, TN to Casper Ausmus and Stella Mae Goodman Bean and was a devoted and loving wife to the late John A. Robinson. They met in Toledo, OH and were married 66 years.

Mrs. Robinson had a deep connection to the church that was pervasive within her life. Her work in the healthcare industry in Enterprise, AL and the other jobs she took on financially supported her husband’s education in ministry. During his education to become a minister, she furthered her Bible knowledge with college level courses at the Baptist Bible Institute in Graceville, FL. As a devoted wife, she demonstrated her support a step further by being active within the churches where Mr. Robinson served. She played the piano, lead singing, and directed the children’s church at various churches throughout his time in the ministry. Her final home church was at Woodland Baptist Church where Mr. Robinson last preached.

Outside of her church life, Mrs. Robinson was a caring and gentle soul. She had a mother’s heart and held her family and friends close to it. She enjoyed sewing, cooking, reading, and hosting. If there was a gathering, she was sure to be in the mix of things, staying busy and making sure everyone else had something to eat before serving herself. Her work ethic and humble approach to her endeavors often kept her in the background. She took on the role of matriarch with grace and poise and was quite the unsung hero.

A natural encourager, she never had an ill word against anyone. She was someone who knew the right thing to say and the right time to say it. When things seemed to be going awry, she was there to keep everything and everyone on track, including Mr. Robinson. Though her temperament was meek and mild, her gentle encouragement had a huge impact. She was the motivating force for her family, always prepared to roll up her sleeves, provide a shoulder to cry on, or lend a listening ear and some words of wisdom.

To send a flower arrangement or to plant trees in memory of Alice M. Robinson, please click here to visit our Sympathy Store.

To order memorial trees or send flowers to the family in memory of Alice M. Robinson, please visit our flower store.