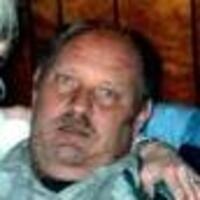 Andrew "Andy" Clay Dutton, 66, of Woodbury, TN passed away on August 7, 2021. He was born in Murfreesboro, TN on March 30, 1955. Preceding him in death were his parents, Willie Robert and E. Lyssadean Dutton. He is survived by his sister, Brenda Hudson of Lascassas; best friends and honorary siblings, Steve (Christie) Smithey of Woodbury; niece, Crystal (Jessie) Warrick of Lascassas; and cousins, Donna Taylor and David Dutton.

Though often called Andy, most everyone knew Mr. Dutton as "Lascassas Bull," or just "Bull" for short. "Lascassas Bull" was his CB radio name, but while working for the City of Murfreesboro's Sanitation Department, his nickname got shortened to just "Bull." Being raised on a farm in Lascassas, there wasn't a question as to where he got the name, but his time on the farm also formed him as a man.

His work ethic and dependability defined him as a person. There wasn't a job that Bull wouldn't take, and he wasn't afraid to work. Even after cutting his knee open with a chainsaw while cutting wood, he would still cut wood for people if they asked. Bull was someone you could count on. All you had to do was call, and he would be there for you regardless of the time of day or any inconvenience it might cause him. He had a heart for helping others and would give someone the shirt off of his back.

During his 33 years of service in the City of Murfreesboro's Sanitation Department, Bull let his character show. He did anything they asked of him from driving the trucks to maintenance. His knack for machines enabled him to be a jack-of-all-trades, and he could operate any kind of machinery with a motor. He used that gift when he became one of the first volunteer firefighters in Lascassas, helping build the fire hall and going on calls.

Bull had a certain affinity toward fire it seemed, especially when it involved a grill or a smoker. He wanted to be the grill master but often settled for just being the grill tester, always having to peek at the meat. The 4th of July family get-togethers were a highly anticipated event for him. He loved to shoot fireworks and be at the grill. One year, he and Jessie smoked a whole pig. Being amateurs at the time, they hadn't covered the grates to prevent the fat from dripping all over the fire. So when Bull did his first test, he opened the door and was greeted by flames that singed off his eyebrows.

His family has many other stories and tales about Bull's adventures, but overall, he was a simple man. He loved grilling and fishing, making sure he was always ready to go when the opportunity arised. He had a soft spot in his heart for dogs, and there were several that liked him better than their owners. You could pick him out of a crowd because of his unique laugh, and it brought smiles to everyone's face. With only a few Dutton's left, his loss struck a little harder, but he will carry on in the hearts and minds of those who loved him.

The family will hold private memorial services at a later date. In lieu of flowers, memorial donations may be made to help assist with expenses. Share memories and condolences at www.gentrysmithfuneralhome.com Gentry-Smith Funeral Home, 303 Murfreesboro Rd. Woodbury, TN 37190, 615-563-5337

To send a flower arrangement or to plant trees in memory of Andrew Clay Dutton, please click here to visit our Sympathy Store.

To order memorial trees or send flowers to the family in memory of Andrew Clay Dutton, please visit our flower store.