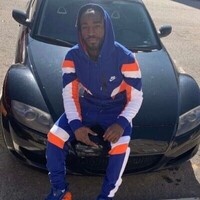 Artavious Domotrese Collier was born on September 9, 1997 to LeRanda Collier Jackson. He transitioned to his heavenly home on February 25, 2022.

He graduated from Riverdale High School in 2016. He attended Murfreesboro Barber College in Murfreesboro, TN.

His first job as a barber was at Top Chop Barber Shop in Antioch. He was known for his barber techniques. His skills earned him the nickname of Tayglizzy.

He also leaves a host of aunts, uncles, cousins, and other friends.

To send a flower arrangement or to plant trees in memory of Artavious D. Collier, please click here to visit our Sympathy Store.

To order memorial trees or send flowers to the family in memory of Artavious D. Collier, please visit our flower store.