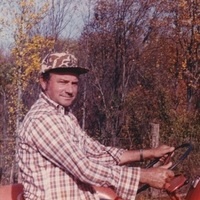 Mr. Bobby Lee Corley, 81, of Woodbury passed away on March 15, 2020 after an extended illness. He was born on November 9, 1938 in Lynchburg, TN. He was preceded in death by his parents, Nat Corley and Mary Jane Harris Corley, a son, Ricky Corley, brothers, Edward Dean Corley and Ernest Corley, and by a sister, Betty Jean Bean.

Mr. Bobby was the oldest boy of seven with one older sister. Growing up he learned how to work, not just work hard but work smart. He could do just about anything he set his mind to do. He built many homes from the ground up. Laying the foundation, framing, laying brick, plumbing, wiring, he could do it. He loved helping friends, talking, telling stories and having a good laugh. He retired from the Cannon County School System in maintenance.

Never one to be idle, if he didn’t have his hands on a project, he was thinking about one. His shop always had a tractor or a piece of equipment he was working on. Other people took junk to a salvage yard. He could go to the salvage yard and see things he needed to repair or build all kinds of things. He built several log splitting machines for himself and friends. In the summer he would be found in the hay field. When he got in at night, he’d have a gallon of ice cream to satisfy his sweet tooth. Many times, he would top the ice cream with grape jelly and eat it with a fork. He didn’t mind sharing it with his dog, Amanda either. If there was a job everyone thought could not be done, you wouldn’t want to bet against Mr. Bobby. He would figure out a way.

To send a flower arrangement or to plant trees in memory of Bobby Lee Corley, please click here to visit our Sympathy Store.

To order memorial trees or send flowers to the family in memory of Bobby Lee Corley, please visit our flower store.