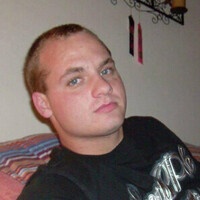 Mr. Brian Ray “Worm” Alexander, 35, of Lascassas passed away on October 27, 2020.  He was born in Murfreesboro, TN on October 11, 1985.  He was preceded in death by his grandfathers, James Samuel Stacey and John Allen Alexander, and by his brother, Eric Lee “Bigen” Stacey.

He is survived by his father, James “Bubba” Stacey of Murfreesboro, mother, Karen Alexander Stacey of Lascassas, son, who he loved very much, Kobe Brian Alexander, grandmothers, Jolene Hillis of Shelbyville and Mary Alexander of Lebanon and by many aunts, uncles, and cousins.

Brian worked with his uncle at Bradley Paving for most of his working life.  When he wasn’t working, he liked to catch up on sports, such as football, basketball and M.M.A. fights, some of his favorite athletes were Tom Brady and Kobe Bryant.  He liked to go hunting and fishing too.  He was good at raising game roosters and traveled to many different states to events.  People at the events knew him by the entry name, “Magic 4”.  One of his favorite places to go was Louisiana. His best buddy was his pit bull, Caesar.

Visitation will be held at Smith Funeral Home on Monday, November 2, 2020 from 10-2 pm.  Funeral services will be at 2 pm in the Smith Funeral Home chapel.  James Wade will officiate.  Interment will be in Bradley Creek Cemetery in Lascassas.  Support the family with condolences and memories at www.smithfuneralhomewoodbury.net  Smith Funeral Home, 303 Murfreesboro Rd. Woodbury, TN 37190, 615-563-5337

To send a flower arrangement or to plant trees in memory of Brian "Worm" Ray Alexander, please click here to visit our Sympathy Store.

To order memorial trees or send flowers to the family in memory of Brian "Worm" Ray Alexander, please visit our flower store.