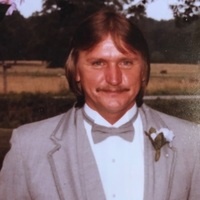 Mr. Bruce Edward Smith, 65, of Woodbury passed away unexpectedly on December 17, 2019. He was born in McMinnville, TN on December 7, 1954. He was preceded in death by his father, Harley Smith and a brother, Jimmy Smith.

Mr. Bruce was a graduate Woodbury Central High School. Through the years he worked as a painter and truck driver. He also owned J. W. Market and Deli at Eastside for many years. He and Mrs. Deanna met through family and celebrated 34 years of marriage in April. He was a family man, loving called “Bruiser” by his family. He was a man who liked to do things his own way. He enjoyed going fishing and was an avid film and movie buff. He liked to sing at church. He was a member of the former Grace Assembly of God, now, Hillside Fellowship Church.

To send a flower arrangement or to plant trees in memory of Bruce Edward Smith, please click here to visit our Sympathy Store.

To order memorial trees or send flowers to the family in memory of Bruce Edward Smith, please visit our flower store.