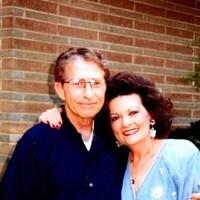 When Charles was born, either his parents quickly realized he was the perfect child or maybe a little too much to handle because they stopped at one. Being an only child suited Charles well because he wasn't one to say much. During his transition into high school, the United States entered the Korean War, and before he was finished with high school, it was over. However, the impression it made on him lasted.

Charles completed 3 years of college and served in the U.S. Air Force for 3 years, 3 months, and 6 days. While serving in the USAF, he became certified by the military authorities as well as the Federal Aviation Administration as an Air Traffic Controller. His active-duty service may have only spanned during the non-wartime period; however, Charles was still dedicated to his country.

Continuing to serve in his civilian life, he worked for the Federal Aviation Administration. Having a high-stress job meant no distractions. The safety of the pilots, aircraft, passengers, and cargo was at the top of his priority list. Keeping to himself and staying focused on the task were two things Charles never struggled with being an introvert.

His introverted personality made him selective in his relationships with friends and courtships. To him, it was better to have a handful of close friends than a laundry list of associates and acquaintances. So, he kept to himself on most things. That is until God put the perfect girl into his life. Patricia was his opposite in every way. A cosmetics and fragrance sales representative, she knew how to talk and drew Charles out of his shell.

After getting married 3 years prior, Charles and Patricia moved to Las Vegas in 1974 to make their home together. They shared 47 wonderful years of marriage together before Patricia passed away. Then, Charles thought it was time to begin an adventure of his own and moved to Tennessee to be closer to his cherished, extended family.

Per Mr. Gustin's wishes, he will be reunited with his beloved wife in Las Vegas, NV. Interment will be in Davis Memorial Park. Share memories and condolences at www.gentrysmithfuneralhome.com Gentry-Smith Funeral Home, 303 Murfreesboro Rd. Woodbury, TN 37190, 615-563-5337 Because every life has a story

To send a flower arrangement or to plant trees in memory of Charles Edward Gustin, please click here to visit our Sympathy Store.

To order memorial trees or send flowers to the family in memory of Charles Edward Gustin, please visit our flower store.