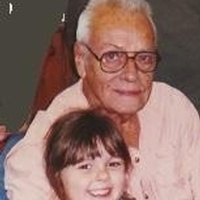 He is survived by his wife, Elizabeth “Toopa” Dillon Rowe; two sons, Seth Rowe and fiancé Sarah Pelchat of Ocala and Zachary Rowe of Dunnellon; granddaughter, Haley Rowe; brothers, Dean (Ruth) Rowe of Michigan, Tim (Nancy) Rowe of Minnesota, and Sid Rowe of Michigan; sisters-in-law, Martha Dillon Brandon of Nashville, Christine Dillon of Woodbury, and Nancy Dillon of Franklin; numerous nieces, nephews, cousins; special niece, Tamara Dillon of Woodbury; and his special companion “Baby” a Miniature Pinscher given to him by his brother-in-law, Jackie Haley many years ago.

Mr. Rowe grew up in Pontiac, Michigan and found his life’s calling to be a Firefighter. He served as an engineer for the Pontiac Fire Department until he retired in 1985. He met his wife when she moved to Michigan to work for National Life & Accident Insurance Company. When their twins were three they decided to move to Florida and he never wanted to live anywhere else. They celebrated 53 years of marriage. He was an avid lover of classic cars and Harley Davidson motorcycles. If you ever had the chance to be in his garage you would see a plaque on the wall that said “Four wheels to move the body. Two wheels to move the soul.” His unique sense of humor and love for motorcycles and cars carried over to his sons as well. They enjoyed fishing in the Gulf and visiting family. He was a member of the Dunnellon Church of Christ but when they were in Woodbury, they attended Sunny Slope Church of Christ. He was a veteran of the US Marines serving during the Korean War.

Visitation will be held at Smith Funeral Home on Thursday, July 19, 2018 from 9-10 am. Funeral services will follow immediately in the Smith Funeral Home chapel. Interment will be in Riverside Cemetery. He will receive Military Funeral Honors. In lieu of flowers memorial donations are requested to any of the following, Florida School of Preaching, Churches of Christ Disaster Relief Fund, or Wounded Warriors. Contact Smith Funeral Home to donate. Share memories and condolences at www.smithfuneralhomewoodbury.net Smith Funeral Home, 303 Murfreesboro Rd. Woodbury, TN 37190, 615-563-5337

To send a flower arrangement or to plant trees in memory of Dale Rowe, please click here to visit our Sympathy Store.

To order memorial trees or send flowers to the family in memory of Dale Rowe, please visit our flower store.