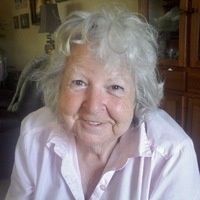 Mrs. Dorothy Borzick, 82, of Woodbury, TN passed away peacefully on June 11, 2020 surrounded by her family and friends. She was born February 5, 1938 in Waukegan, Illinois. She was preceded in death by her parents, Henry M. Rawn and LaVergne King Rawn, her husband, Donald Borzick, Sr., sons, Christopher Borzick and Byron Borzick, a brother, Wayne “Bunky” Rawn, sister, Lucy Rawn and a son-in-law, Roger Lehman.

Dorothy was born and raised in Waukegan, IL not far from the shores of Lake Michigan. That began a life-long love for fishing and boating. Dorothy often joked about how she would finish her chores early so that she could spend her time outdoors by the lake, swimming, or playing baseball, seeing movies, or going dancing. Light-hearted and happy she always looked at the bright side of things and she loved to have a good time.

She later married and raised her six children in Grayslake, IL. She was a fun mom, who played lots of games, a tradition that she continued with her grandchildren. Her mischievous side would often get the kids in trouble with their dad as she pelted them with snowballs indoors! She was also a hardworking mother who taught her children everything that they needed to be strong, independent, and hardworking people. She taught them to cook, clean, and sew, to the delight of their future spouses! More importantly, she raised kind, loving children for whom her daughters-in-law and son-in-law will be forever grateful.

In 1967, Dorothy undertook a lengthy study of the Bible and in 1969 was baptized as one of Jehovah’s witnesses. Serving God would become the most important and happiest part of her life. When she moved to Woodbury, TN in 1988, she became a member of the Woodbury Congregation of Jehovah’s Witnesses. She built a strong network of close friends in the congregation and in the community. She worked as seamstress in her alterations shop called, Sew What, in Murfreesboro, TN and became widely known and appreciated there as well.

Upon retiring, she began to travel. She loved to meet new people and experience new things. Her favorite place to visit was Disney World. In her later years, Dorothy spent her time visiting with family and friends. She would always lend a helping hand to people in need, delivering food from the local food bank. She also spent her time reading, fishing, playing all kinds of games from Sudoku to Scrabble, making puzzles, and watching old movies. She loved our beautiful countryside. She would sit on her porch, with her sister, Kathleen, admiring the hills, flowers, and birds of Tennessee, the place she chose to call home. The one thing that most people have said about Dorothy, is that she was always smiling. She is loved by all and will be greatly missed.

Her wish was to be cremated and the family will celebrate her life privately.  Those who wish to share condolences, thoughts, and memories may do so at www.smithfuneralhomewoodbury.net  Smith Funeral Home, 303 Murfreesboro Rd. Woodbury, TN 37190, 615-563-5337

To send a flower arrangement or to plant trees in memory of Dorothy Borzick, please click here to visit our Sympathy Store.

To order memorial trees or send flowers to the family in memory of Dorothy Borzick, please visit our flower store.