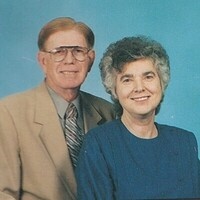 He is survived by his wife of 58 years, Sue Gentry Griffith of Woodbury, brothers-in-law, Boyd Gentry of Woodbury, and William Gentry of Nebraska, numerous, nieces and nephews and their families and his special buddy “Thomas” the cat.

Some people knew him as Forrest and others called him Dwain.  He graduated from Woodbury Central High School in the Class of 1953.  Following graduation, he joined the Army and proudly served his country.  He met and married the love of his life, Sue.  They were almost inseparable.  They built their dream home in a beautiful spot where they could see a lot of wildlife and natural surroundings.  They would often have deer, turkeys, and racoons visit their yard and porch.  They also had another visitor, “Thomas” the cat.  He found his way to their home and they loved him like he was their child.  They loved their church family at Leoni Church of Christ.  He worked for Century Electric for over 30 years.  He could remember many of the people from his time in the Army, Century Electric, and other details up until his passing.

To send a flower arrangement or to plant trees in memory of Forrest Dwain Griffith, please click here to visit our Sympathy Store.

To order memorial trees or send flowers to the family in memory of Forrest Dwain Griffith, please visit our flower store.