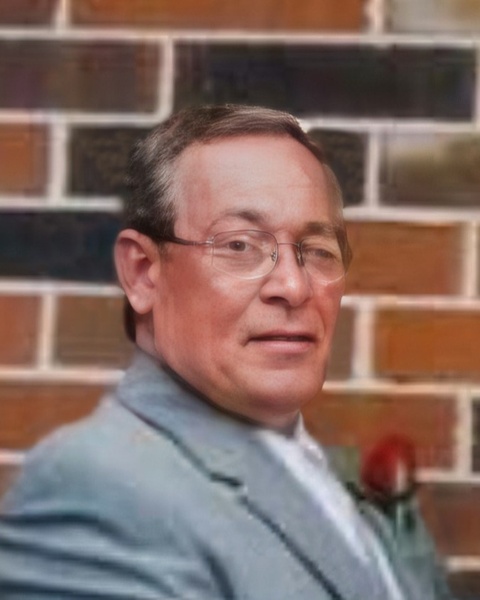 Mr. Garry "Grumpy" Lee Foulk, 74, of Bradyville, Tennessee passed away on Wednesday, October 5, 2022. He was born to the late Leland "Fuzzy" and Elsie Clark Foulk in Jamestown, New York on Thursday, July 29, 1948. In addition to his parents,

There were a few things that seemed to run in the Foulk family. One of those was a tradition of military service. Garry's father and uncles were WWII veterans, and that sense of duty and patriotism ran deep in Garry's veins. He dropped out of Falconer Junior-Senior High School at the age of 17 to join the Marine Corps. It was in Da Nang, Vietnam that he earned his GED while serving as a helicopter gunner. His honorable service made him the deserving recipient of a Purple Heart.

Another thing that ran in the family was unique nicknames. After his service in Vietnam, Garry maintained his serious demeanor and viewpoint on service and duty. Rather than being called "Fuzzy" like his dad, Garry took on the nickname "Grumpy." Though he wasn't always grumpy, it was just a funny observation that stuck. He was serious about whatever he did, and Grumpy was known to be a jack-of-all trades on everything except carpentry. If he had his pick though, Grumpy kept himself around fast cars.

An enjoyment of fast cars, especially in NASCAR races, was something else that ran in the family. Grumpy's mom, Elsie, watched NASCAR, and it sweetened the pot when her baby boy got on one of the pit crews. For 10 years, Grumpy worked on a NASCAR pit crew. Over those years, he collected countless NASCAR memorabilia — a fender, hood, gas can, and even Bobby Labonte's seat. Much of the work Grumpy did with NASCAR was on the chassis, but there weren't any chassis in his memorabilia (at least not that his family knows of).

Grumpy's job boiled down to doing whatever NASCAR asked, so he knew all about every aspect of the cars. This served him well when he went to work at Fast Track Racing and Mile 17. They even had him teaching new recruits how to drive, and the best perk to the job? Grumpy could ride whenever and even got Travis a free ride. But out of all of the race venues, Charlotte Motor Speedway won his heart for favorite racing spot and was the one he talked about the most. At one point, he lived just 12-15 minutes away from the track, so he made many fond memories there.

After retiring, Grumpy couldn't give up cars and racing. His family knew better than to bother him if the race was on. The only ones who could have maybe gotten away with it were his grandchildren. Grumpy wasn't so grumpy around them because he loved and adored them. They all grew up around him, and he taught them about cars to carry on that tradition.

Grumpy or not, he knew the most important tradition of all was family, and he strived to bring everyone together. And the best way to bring people together? Food. Now, Grumpy was no slouch when it came to cooking. He loved to cook and barbeque, but the dish that made him famous with his loved ones was his grilled chicken marinated in Italian dressing. His cooking also made him pretty popular with his pets.

If Grumpy hadn't found his calling as a lifetime mechanic, then he could have easily became a dog trainer. His military training must have kicked in because he knew how to get them to receive and carry out orders. He went above and beyond the basic commands. Before his dog, Shelby, passed away, he could tell her to go wake up Trent, and she knew exactly what to do.

When Grumpy wasn't working, cooking, or spending time with family, he liked to keep himself busy with projects. Later in his life, he had gotten boat happy, but his luck with those paled in comparison to his luck with cars. He had 2 or 3 but none of them would float. Grumpy didn't mind too much because he had his loyal companion Mia, his miniature husky, glued to his side.

The family will hold private services at a later date.

To order memorial trees or send flowers to the family in memory of Garry Lee Foulk, please visit our flower store.