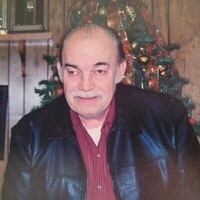 LCPL George Luther David Mitchell, 74, of Morrison, TN passed away on January 31, 2022.  He was born in Wilson, North Carolina on December 16, 1947.  He was preceded in death by his parents, James and Anne Mae Jones Mitchell; brothers, Johnny Mitchell and Larry Mitchell; and grandson, Travis Singleton.

While George went by many names, the one he and his family held near and dear was "Big D.” His family, especially his nieces and nephews, loved him dearly and would often ask to go see Big D. Those visits were high on his list of things he looked forward to. If you weren’t family, there were a few things you found out pretty soon after meeting him. He enjoyed westerns with John Wayne and Clint Eastwood, country music by Waylon Jennings and Willie Nelson, a hot cup of coffee, and a cigarette.

He was raised going to the Baptist church and attended Living Spring Church with his family. Keeping his relationship with God open helped get him through the hard times, and because of that, hard work wasn't strange to him. He worked doing a lot of home improvement projects and got Barry involved. He could do most anything, at least in his mind. More than a few laughs were had by Barry and the other guys working with him by hiding the caulk gun from him to keep him from making a big mess. When they hung siding, he would work on the ground doing the cutting and measuring, and they would put it on.

With his personality and interests, he easily became quite the social light and successful business owner. In Woodbury, he was known for running a game room where teenagers and adults would come to see who the best pool shark was. From there, he opened another game room out on Hollow Springs Road in the old Duke's Grocery. His goal was to help people have fun. Known to be a cut up, he would laugh to himself about a joke even if you didn't. However, his life wasn’t always a good ole time.

Big D served his country in Vietnam with the Marine Corp as a machine gunner. As a consequence of his service, he was exposed to Agent Orange and suffered its disabling effects. It never affected his love for his country though. He was a proud Marine and patriot and carried himself in a way that honored his country and comrades. When he would go out, you wouldn't see him without his shirt ironed and a sharp crease in his pants.

Through the years after his service, he couldn’t seem to keep his hands away from guns. So, he picked up the knack for buying, selling, and trading on guns, but he drove a hard bargain. If you traded with him, you'd probably better be ready to give some boot. He was a man of his own, and you could take him or leave him like he was.

Visitation will be held at Gentry-Smith Funeral Home on February 3, 2022, from 1-3 pm.  Funeral services will follow in the Gentry-Smith Funeral Home chapel at 3 pm.  Sydney Parham will officiate.  The U.S. Marine Corp will provide funeral honors.  He will be laid to rest at the Middle TN State Veterans Cemetery on Friday, February 4, 2022, at 11 am. In lieu of flowers memorial donations may be made to Wounded Warriors. Share memories and condolences with the family at www.gentrysmithfuneralhome.com  Gentry-Smith Funeral Home, 303 Murfreesboro Rd. Woodbury, TN 37190, 615-563-5337. Because every life has a story

To send a flower arrangement or to plant trees in memory of George Luther David Mitchell, please click here to visit our Sympathy Store.

To order memorial trees or send flowers to the family in memory of George Luther David Mitchell, please visit our flower store.