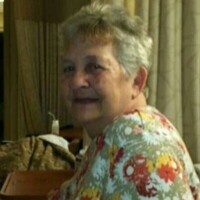 Gloria Jeanette Armstrong, 83, of Manchester, TN passed away on December 23, 2021. She was born in Smyrna, TN on May 30, 1938. Preceding her in death were her parents, Ellis Boots and Rennie Ferrell Wade; brothers, Ellis, James, Billy, and Jerry Wade; sisters, Helen Barrett, Betty Greenfield, and Rosemary Cagle; and son, Joe Keith Pharris.

She is survived by her daughters, Rose Warrick of Shelbyville and Pamela Anderson of Manchester; son, Tony Armstrong of Eagleville; sisters, Dorothy "Dot" Hill of Nashville and Faye Allen of Greensville, NC; grandchildren, Bryan Warrick, Jade Mogren, William Anderson, Holly Rowland, Markus Hammonds, Brandon Armstrong, and Tyler Armstrong; 14 great-grandchildren; and 1 great-great-granddaughter, who is due in March 2022.

Gloria was raised Baptist, and she embodied the fervent spirit often associated with them, especially when it came to work ethic. Dropping out of school between 10th and 11th grade, Gloria immediately got a job working at a soda fountain drug store. After getting some experience under her belt, she began working behind the counter with a blind man at the Davidson County Court House.

From there, Gloria's thick skin and fun-loving personality helped her to excel as a waitress. She and all of her brothers and sisters at one point worked in Printer's Alley. Specifically, Gloria worked at Skull's Rainbow Room, taking the bus back and forth to work. She worked 2 jobs most of her life, and Gloria would get off work to rush home and get the kids. Rose and Pam remember that after a fair amount of bribing, she convinced them to stay with the babysitter and then would rush off to her second job.

Getting a car was a life-changing event for Gloria. Her children remember riding in the old Nash Rambler from home to school to the babysitter's and back home again. It was a wonder how Gloria had the energy and stamina to keep going on such limited rest, but her tenacious spirit prevailed and continued to carry her through, even when she wrecked the Rambler.

After dropping the kids off at school one day, Gloria had run back to their home at Whispering Hills in Nashville to get a little more sleep. She forgot to put the car in park and woke up to her neighbor knocking at the door and letting her know the Rambler had rolled off the bluff behind the house. Being a woman cut from a different cloth, Gloria rolled with the punches and rolled to work on her bicycle until she got another car.

With her consistent employment, it might be hard to believe that Gloria was always late, but she was. Her family learned to just expect it and accept that it was going to happen. If there was a family event at 3, they would just go ahead and tell her that it'd be okay if she didn't get there until 4. Their understanding was warranted with Gloria's schedule and lifestyle, and it must have run in their family's blood.

Gloria's old-fashioned sense of wisdom made her extremely intelligent for her level of education. She was always right and didn't have a problem with telling you like it was. And just like any momma, she knew exactly how to say things so that you knew it came from love and experience. Between her no-nonsense qualities and her resilience, factory work was right up Gloria's alley. She helped fabricate the fiberglass tubes for MRI machines at Spaulding in Smyrna until she retired, and even though she worked at a factory, she maintained long beautiful fingernails.

It might seem just about impossible for Gloria to have had hobbies between work and family, but she still had a lighthearted personality. And Gloria was light on her feet too! She loved to dance, especially on ice, and when she wasn't dancing, she spent time playing Yahtzee and Dominos with family or exploring by going fishing and to yard sales. Needless to say, Gloria lived a life that never afforded her a dull moment, and her spunk and wisdom will be greatly missed from her family's lives.

The family will hold private services at a later date. Share memories and condolences at www.gentrysmithfuneralhome.com Gentry-Smith Funeral Home, 303 Murfreesboro Rd. Woodbury, TN 37190, 615-563-5337 Because every life has a story

To send a flower arrangement or to plant trees in memory of Gloria Jeanette Armstrong, please click here to visit our Sympathy Store.

To order memorial trees or send flowers to the family in memory of Gloria Jeanette Armstrong, please visit our flower store.