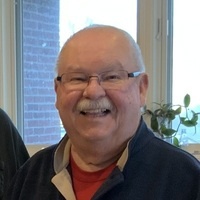 Known to many as Dr. Wolf, Herb impacted the lives of everyone who had the pleasure of crossing paths with him. He was a good man with genuine intentions. He strived to follow Christ's example in all of his endeavors, especially in his education, his marriage, and his practice. Herb lived an on-the-go lifestyle, especially once he decided he wanted to become a physician. Attending Andrews University in Berrien Springs, MI, Herb pursued his future wife, Carol, and a B.S. in Biology. Successful in both endeavors, he and Carol were married in August 1963 and graduated in May 1964.

From there, Herb and Carol traveled to Loma Linda, CA for Herb to attend Loma Linda University for medical school. It was there he met up again with Dr. Leon Reuhland, a friend from college, and their friendship progressed rapidly. Both had a passion for primary care and were interested in matching with an internship in Family Medicine. Fate would have it that after graduating in 1970, they both matched to an internship at Florida Hospital in Orlando, FL. Moving there together along with their wives who tirelessly supported them ended up being one of the best steppingstones in their careers. It was there that Dr. William Bryant recruited them to come to Woodbury to practice medicine.

Though they traveled to Tennessee, Texas, and North Carolina looking at three different job openings, something just clicked with Woodbury. In 1971, Dr. Wolf, Carol, Dr. Reuhland, and his wife packed up all of their belongings for the last time and moved to Woodbury. Working at Good Samaritan Hospital was a full-time job and a half, literally. It was normal for Dr. Wolf and Dr. Reuhland to be at the hospital for 60+ hours, and Herb and Leon worked hand-in-hand serving the community. They along with Dr. Myers and Dr. Bryant formed the dream team of family medicine practitioners.

Realizing the needs of the community, Herb and Leon took their service a step further and established the Woodbury Medical Center. In total, they practiced together for over 30 years, using their hearts and hands to serve the community of Cannon County. Dr. Wolf never worked a day in his life because he loved his patients and his practice. Even though he could only get off for a week at most if he played his cards exactly right, Woodbury was where he wanted to be and the place he and his family lovingly called home.

Now, this didn't mean that Herb didn't enjoy other things during his life. His on-the-go personality made for quite the interesting assortment of vacations. Not wanting to be tied to one spot when traveling, he and Carol quickly grew to cherish their camper. There is no telling how many miles and memories it got to be a part of throughout their lives together. Since Herb couldn't take off long from work, the family enjoyed several shorter excursions to local state and national parks. The Great Smoky Mountains National Park and Tims Ford State Park were favorites filled with fond memories for the kids.

Wherever the family went, Herb made sure to satisfy his appreciation for good pizza or Mexican food. He wanted to try out new food and restaurants, and though he may not remember the name, he could remember whether or not it was any good. Herb got the opportunity to expand his traveling and tasting horizons once he retired. He could come up with any excuse to go somewhere, and when asked why, he simply said, "Because I've never been there before."

Herb and Carol enjoyed cross-country trips to Texas and Arizona among other states and even traveled outside of the country to places like Africa and Italy. Carol has a fascination with flowers, birds, and moths, and Herb had a fascination with his never-ending affection toward her. She would take pictures, and he would take her places. They made quite the team and shared a lifetime of memories together. One of those treasured memories was when Carol conducted a survey on moths in the Everglades. She would go out to work and take pictures, and Herb would support her from the sidelines while he enjoyed the local restaurants. She had the adventurous eye, and he had the adventurous palette.

If Herb didn't have anywhere to go, he found reasons to go into town for something all throughout the day. He loved the people and enjoyed the ride through the countryside. When he wasn't burning up the road, he was grooming his lawn. He kept an immaculate yard and made sure to incorporate the Martin birdhouses for Carol to take pleasure in birdwatching. Looking for ways to make experiences easier and more fun led to Herb's interest in technology. He was a gadget guy, and anything with a electrical current was something he was interested in learning more about and using. From stereos to iPads to TVs, he was eager to try them out.

His fascination with life was at least partly derived from his faith. A member of Woodbury Seventh Day Adventist Church, Herb knew this world was not his home, that he was just passing through. So, the joy was in the journey for him; it was never about the destination in this life. Herb wasn't just a good man; he was a godly man. He fought his fight, his course is run, and he kept the faith. Herb touched and healed so many lives through and beyond his medical practice. The example he left was one of genuine humility, love, and care.

Visitation will be held at Gentry-Smith Funeral Home on Friday, March 25, 2022, from 4-7 pm. A Celebration of Life will be on Saturday, March 26, 2022, at 3pm at the First Baptist Church in Woodbury (402 W High Street). Pastor Steve Haley and Dr. Fred Myers will officiate.  Dr. Wolf lived a life serving the Cannon County community, and his wishes would be for any donations to be invested into the community. In lieu of flowers, the family is requesting for memorial donations via check may be made to the Woodbury Educational Foundation and mailed to Richie Hunter, 26 Maple Drive, Woodbury, TN 37190. Share memories and condolences at www.gentrysmithfuneralhome.com Gentry-Smith Funeral Home, 303 Murfreesboro Rd. Woodbury, TN 37190, 615-563-5337 Because every life has a story

To send a flower arrangement or to plant trees in memory of Herbert R. Wolf, please click here to visit our Sympathy Store.

To order memorial trees or send flowers to the family in memory of Herbert R. Wolf, please visit our flower store.