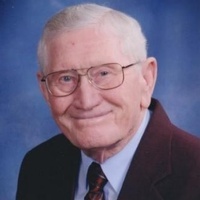 James Edmond Prater passed away in his home on Thursday, January 31, 2019 at the age of 90, surrounded by his adoring family.

He was born on December 31, 1928 in Murfreesboro, TN; son of the late Benjamin Harrison Prater and Jimmie Blanton Prater.

Mr. Prater was drafted into the U. S. Army on October 16, 1950. He served in the Korean War with the 17th Infantry Regiment and 7th Infantry Division. Wounded in 1951, he was hospitalized in Osaka, Japan for three months after which he returned to active duty. He was awarded the Purple Heart.

Services will be held at the Hilldale Church of Christ in Clarksville, TN on Saturday, February 2nd at 2:00. The family will receive visitors from 12:00 until the time of service.

A visitation and service will also be conducted at Smith Funeral Home in Woodbury, TN on Sunday, February 3rd at 2:00. The family will receive guests from 1:00 until the time of service.

Pallbearers will be Mr. Prater’s grandsons and nephews.

In lieu of flowers, donations may be made to the Leoni Cemetery Fund, Woodbury, TN, St. Jude Children’s Research Hospital, or Clarksville Christian School.

The family would like to thank Avalon Hospice and Right At Home of Clarksville, TN for the love, compassion and support they have provided for the family. Share memories and condolences with the family at www.smithfuneralhomewoodbury.net Smith Funeral Home, 303 Murfreesboro Rd. Woodbury, TN 37190, 615-563-5337

To order memorial trees or send flowers to the family in memory of James Edmond Prater, please visit our flower store.