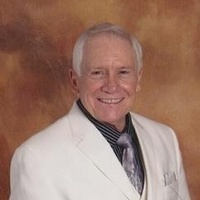 He graduated Woodbury Central High School in the Class of 1964. He later graduated from Lear-Sieglar Institute with a degree in computer programing. Then he worked for the State of Tennessee as a programmer in the Finance Administration Dept. He continued his education at U. T. Nashville and Nashville State Tech. After earning additional degrees, he continued his programing career with Exxon and Phillips 66.
In 1982, he returned to Tennessee and worked at Motlow College in Tullahoma and later moved to Atlanta, GA working with Data Resource Corporation. Later he became a real estate investor and worked for Pedigo Management, Inc. He began building FHA houses and took an interest in home town politics. He was elected to the county commission and served as Mayor of Woodbury and as Judicial Commissioner for a time.

Through the years friends affectionately nicknamed him “Dog” while others knew him as “Jim”. Always looking for new adventures and enjoying life, he purchased a sailboat and lived on it for about a year in Destin, Florida. He had a life long love of the water. He and his family would travel to Florida every year. He enjoyed water skiing, fishing, and boating. It was all the more fun when his family and friends could join him. Fun loving and friendly he enjoyed good natured teasing of family and friends while wearing a smile, anything for a laugh.

He and his wife, Virginia, were approaching 23 years of marriage. They enjoyed long walks and traveling. In his spare time, he liked to do yard work, remodel rent houses, and keep his trucks spotless. He and several friends were also involved with Civil War re-enactments. He was a member of Woodbury First Baptist Church.

Visitation will be held at Smith Funeral Home on Tuesday, February 12, 2019 from 5-9 pm. Funeral services will be on Wednesday, February 13, 2019 at 11 am in the Smith Funeral Home chapel. Bobby Nichols will officiate. Interment will be in Hazel Cemetery in Bell Buckle. In lieu of flowers memorials are requested to the Alzheimer’s or Dementia Research Associations. Support the family with thoughts and memories at www.smithfuneralhomewoodbury.net Smith Funeral Home, 303 Murfreesboro Rd. Woodbury, TN 37190, 615-563-5337

To order memorial trees or send flowers to the family in memory of James "Jim" Houston Barrett, please visit our flower store.