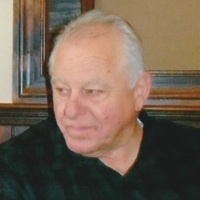 Mr. James “Jim” E. DeJoice, Jr., 76, of Woodbury passed away on September 5, 2020. He was born on February 14, 1944 in Renovo, Pennsylvania.  He was preceded in death by his parents, James Edward DeJoice and June Arlene Hills DeJoice.

He was educated in PA at St. Joseph’s School, and Renovo High School graduating in 1962. He furthered his education at Penn State and at St. Augustus College, while in Philippines. A Vietnam Veteran, he served in United States Navy four years as Radarman on board USS Annapolis. Toured offshore Vietnam and Philippines, the South Seas, and the Caribbean.

Proudly served on the PA State Police for 20+ years, beginning with the PA. State Police Rodeo, a team of troopers performing precision formation, drills and tricks on horseback and Indian motorcycles at the Hershey Stadium for the benefit of various charities.  Continued service in narcotics, investigative work, highway patrol, retired in 1986 with commendations.

Owned and operated Pocono Limousine Service in PA for 10 years, was tractor trailer driver in PA, and after moving to TN, drove truck for Averitt Express driving a dedicated route for Nissan in Smyrna, TN.

After retirement, he enjoyed going to car shows, reading automotive magazines, and playing with his dogs, first Lucky, and later Spud.  You could ask him nearly anything about a classic car or hot rod, and he’d have the answer.

Worried about exposure of his friends to Covid, he did not desire a service, instead hoped only that friends remember him as he was when their paths first crossed. A Celebration of Life family service will be held in PA in Spring of 2021 when he goes home to rest eternally with his mother and father.

He was a member of American Legion Post 0279, Retired State Police of PA, and Fraternal Order of Police.

He and Brenda, his wife were grateful for medical care received from the VA, Alvin C York Campus, and the doctors and nursing staff at St. Thomas Rutherford Hospital with special thanks to Dr Diana Kooper and Chaplain Kari.

In lieu of flowers, should anyone so wish, memorial contributions in his name can be made to PA State Police Historical, Educational & Memorial Center, (PSP-HEMC) at 187 Police Academy Dr, Hershey PA 17033 or the American Heart Assn 1818 Patterson St, Nashville TN 37203. Share memories and condolences with the family at www.smithfuneralhomewoodbury.net  Smith Funeral Home, 303 Murfreesboro Rd. Woodbury, TN 37190, 615-563-5337

To send a flower arrangement or to plant trees in memory of James "Jim" E. DeJoice, Jr., please click here to visit our Sympathy Store.

To order memorial trees or send flowers to the family in memory of James "Jim" E. DeJoice, Jr., please visit our flower store.