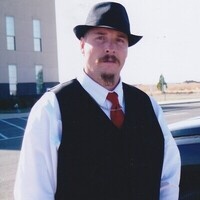 Jerry was a hard worker.  When he was young, he learned the plumbing trade through his mother’s church. He lived in Chicago for most of his early life. When his sister, Chris moved to Cannon County it wasn’t long before he and some of the other family moved too.  He enjoyed classic cars, especially GTOs.  His love of cars transitioned into building model cars.  He would spend hours building detailed models. He was good working with his hands and was a “jack of all trades”. He worked for several years with Innovate in Murfreesboro building, servicing, and delivering medical carts.  He had a sarcastic sense of humor and would tell you the way it was.  He liked listening to 80’s rock bands he grew up with like, Guns and Roses and Metallica.

To send a flower arrangement or to plant trees in memory of Jerry O'Connor, please click here to visit our Sympathy Store.

To order memorial trees or send flowers to the family in memory of Jerry O'Connor, please visit our flower store.