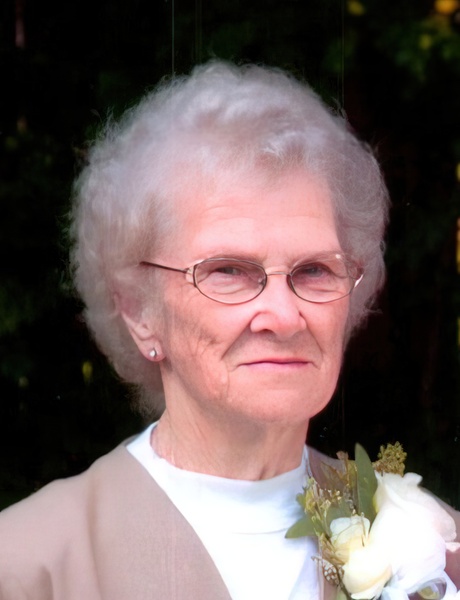 Mrs. Ferrell was born on September 6, 1929, in Dekalb County, Tennessee.  Her parents were the late Shelia and Vernie Hale Parker.

She is survived by her sons, David (Peggy) Ferrell and Layne (Eva) Ferrell of Woodbury; sisters, Joyce Speakman of Murfreesboro and Elizabeth (Dave) Burnett of Bradyville; sisters-in-law Catherine Parker of Cleveland, Tennessee and Edna Parker of Watertown.

Mrs. Ferrell was a smart woman and hard worker her entire life.  Along with being a homemaker, she worked as a seamstress in the garment industry and as a nurse's aide at the Woodbury Nursing Home.

She was a great country cook, but it was her love of the outdoors she cherished most.  She enjoyed gardening both vegetables and flowers and attending auctions.  She continued walking the hills with her goats until age eighty-eight, but it was being with her family and her little dog, Creole, that gave her the most joy.

To order memorial trees or send flowers to the family in memory of Jessie Mai Ferrell, please visit our flower store.