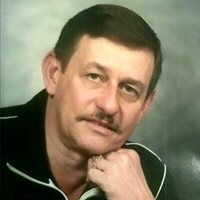 Mr. Joe Cook was a hustler in every sense of the word. As the oldest child, he took on the responsibility of helping his parents to take care of his siblings and began working in a donut shop at the age of 13. Even when he enlisted in the Army, he would send his checks home to his family. He worked in Intelligence for the Armored Infantry and served in Germany prior to Vietnam. The military changed him and his perspective, and his heart was set on helping other veterans.

For several years, Joe and his children ran a recovery home in Murfreesboro. Though they accepted anyone, their primary work was with veterans, and they quickly became the main place for veterans to be sent. They poured themselves into the work and the building, doing all of the necessary renovations in order to start it. However, politics ended up causing the recovery home to close, but Joe never lost his hustle.

For lack of better terminology, his children call Joe an entrepreneur. He worked in a little bit of everything at some point during his life. He raised gamecocks, and Kim remembers him treating them like they were his children. Anyone that knew him knew he was an avid gambler. He would bet on anything he knew he could win.

He knew how to hustle and how to make money. His gift for seeing and knowing all of the angles served him well throughout his life. During his time in the military, he got into trouble for beating an officer out of money. Later on, he bought a racehorse and would tell the kids, "This is a goodun." He made himself into a jack-of-all-trades to earn money through work and through gambling, but it wasn't for himself.

Taking care of his grandkids was Joe's number one priority, but he would also go out of his way to take care of all of the neighbors too. He cared about others and placed them before himself. Being born and raised in Cannon County, it held a special place in his heart too. He participated in a lot of the discussions and the work to help develop Cannon into what we have today.

In his free time, Joe enjoyed the simple things in life. He loved living at the lake and off the beaten path. Hunting, fishing, and playing golf were his hobbies. As he grew older, his favorite fishing set-up turned into taking his grandchildren. He started fishing less and decided to sit back and supervise instead.

To send a flower arrangement or to plant trees in memory of Joe Don Cook, please click here to visit our Sympathy Store.

To order memorial trees or send flowers to the family in memory of Joe Don Cook, please visit our flower store.