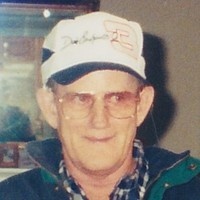 Mr. Joe Donald “Duck” Graham, Sr., 78, of Woodbury passed away on January 13, 2020.  He was born in Woodbury, TN on November 19, 1941.  He was preceded in death by his parents Charley Mack Graham and Jennie Barrett Graham; also by, brothers, Doris Graham, Jackson Graham, and Charley Graham and a sister, Loretta Knox.

He is survived by a son, Joe Graham, Jr., a daughter, Donna Graham both of Murfreesboro; sisters, Ann (C.B.) Hollandsworth of Woodbury and Theresa Graham of Readyville; three grandsons, Derrick Moss, Daniel Moss, and Dylan Moss all of Murfreesboro; a great granddaughter, Kylie Moss; and by several nieces and nephews.

Everyone in the community knew him as “Duck”.  He got the nickname when he was very young.  His parents couldn’t keep him out of the water, just like a duck.  Many people knew him from working for Paul L. Reed Furniture for over 50 years.  He would help deliver appliances and furniture.  He would also go out to service items too.  Mr. Paul, Rhea, Mike and the whole Reed family were an extended family to him and his kids.  He would often help Mr. Paul on the farm and do other work as he needed.  When he wasn’t working, he helped referee Junior Pro and High School Basketball games for many years.  He loved going horse riding with friends on his favorite horse, Rambo.  He enjoyed watching NASCAR races and going golfing.

Visitation will be held at Smith Funeral Home on Thursday, January 16, 2020 from 10-2 pm.  Funeral services will follow at Smith Funeral Home in the chapel at 2 pm. Greg Mitchell will officiate.  Interment will be in Riverside Cemetery.  Share memories, thoughts and condolences with the family at www.smithfuneralhomewoodbury.net  Smith Funeral Home, 303 Murfreesboro Rd. Woodbury, TN 37190, 615-563-5337

To send a flower arrangement or to plant trees in memory of Joe "Duck" Donald Graham, Sr., please click here to visit our Sympathy Store.

To order memorial trees or send flowers to the family in memory of Joe "Duck" Donald Graham, Sr., please visit our flower store.