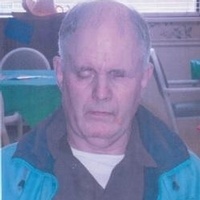 Mr. John Edward Elledge Jr. 71, of Woodbury passed away on June 12, 2018 after an extended illness. He was born in Woodbury, TN on January 8, 1947. He was preceded in death by his parents, John E. “Barrel” or “Snooks” Elledge, Sr. and Lera Miller Elledge. He is survived by an aunt, Dorothy Miller of Woodbury; cousins, Katrinka (Earl) Sutton of Woodbury, Patsy (Carl) Hirlston of Woodbury, Dwight (Mary) Miller of North Carolina, and Betty (Jeff) Keaton of Woodbury, Diane Treadway, and Jenny Lynne Elledge both of Nashville.

John E. grew up on Colonial and Lehman Street in Woodbury. He faced many challenges in his life, physical and other wise. He was born with no sight in his right eye, deaf and mute but was able to obtain a driver’s license and drove his father and mother wherever they wanted to go. After losing his parents in the 70’s, his aunt Willie Mae Bickel took over as a Guardian for his affairs until she passed away in 1990. During this time John lost sight in his left eye and became totally blind. John E. became a ward of the State and was sent to Helen Keller School in New York, and later was trained and worked for New Horizons and Papa Johns putting together pizza boxes. In 2000 family stepped in and took over as his guardians.

Visitation will be held at Smith Funeral Home on Thursday, June 14, 2018 from 12-2 pm. A graveside service will follow at 2 pm in Riverside Cemetery. Earl Sutton will officiate. In lieu of flowers memorials are requested to any of the following: World Christian Broadcasting, Gospel Broadcasting Network, or Bethlehem Church of Christ. Share memories and condolences at www.smithfuneralhomewoodbury.net Smith Funeral Home, 303 Murfreesboro Rd. Woodbury, TN, 615-563-5337

To send a flower arrangement or to plant trees in memory of John E Elledge, please click here to visit our Sympathy Store.

To order memorial trees or send flowers to the family in memory of John E Elledge, please visit our flower store.