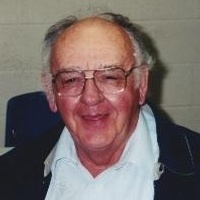 Mr. John Albert Robinson, 85, of Woodbury passed away with family at his side September 19, 2018. He was born September 28, 1932 in Woodbury, TN. He was preceded in death by his parents Richard Alex Robinson, Sr. and Lizzie Bell Davenport Robinson; son, John David Robinson; daughter, Wanda Bosarge; and by brothers, Dewey Robinson and Richard Alex “R. A.” Robinson, Jr.

He was born and raised in Cannon County and moved to Toledo, Ohio when he was 18 years old. He met and married his wife Alice. They recently celebrated 66 years of marriage. He was drafted into the Army and shortly after they had two daughters. They moved back to Cannon County in the late 1950’s and later had a son. In 1966 they moved to Florida and began his studies for the ministry. He held many pastoral positions throughout his studies. He earned a Master of Religious Education Degree. Over the years he raised and provided for his family with the love and support of his wife. Over the years the ministry led him to Mississippi, New Orleans, Alabama, and back to Cannon County in 1979.

He started Woodland Baptist Church in 1982 with Dewey Robinson, and James Preston. Serving as pastor until his early 80’s. He and the members of the church often opened their hearts and doors to anyone in the community. Including members of other churches in the county. He had a strong desire to study the Bible and share it with everyone he had an opportunity to meet. His memory was keen throughout his life. He had a great recollection of scripture, events, and names from his studies of the Bible. He also worked diligently with family to develop a lumber mill along with a pallet building business which the family still operates. He always carried a smile and a unique laugh with him wherever he went. He enjoyed meeting people from all walks of life and turning them into friends.

Visitation will be held at Smith Funeral Home on Friday, September 21, 2018 from 2-3 pm. Funeral services will immediately follow in the Smith Funeral Home chapel. Ray Robinson and Tim Gentry will officiate. Interment will be in Robinson Cemetery. In lieu of flowers donations are requested to one of the following charities or one of your choice: American Heart Association, American Cancer Society, Susan G. Komen Foundation, or Alzheimer’s Research. Show your support and love for the family by sharing a memory or thoughts at www.smithfuneralhomewoodbury.net Smith Funeral Home, 303 Murfreesboro Rd., Woodbury, TN 37190, 615-563-5337

To send a flower arrangement or to plant trees in memory of John Albert Robinson, please click here to visit our Sympathy Store.

To order memorial trees or send flowers to the family in memory of John Albert Robinson, please visit our flower store.