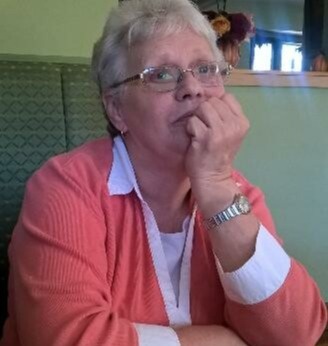 Mrs. Judy E. Neufell, 74, of Bradyville, Tennessee passed away on Thursday, July 7, 2022. She was born in Woodbury, Tennessee on Monday, March 8, 1948. Preceding her in death were her parents, John R. and E. Ruth Simmons Barnett; her husband, Paul Neufell, Sr.; and her granddaughter, Megan Neufell.

A business woman at her core, Judy was a workaholic and frequently worked 7 days a week. Determined and a hard worker, Judy was a woman with the grit to get the job done. Larry remembers her starting a garbage route in Smyrna, LaVergne, and Antioch when he was young. The company's name was Dependable, and she would also use her tractor trailer trucks to run her business J & L Trucking. This must have been when Larry decided to become a truck driver.  She was always quick to tell people she was proud of him getting his CDL.  Whatever someone needed is what they did. It didn't matter if it was a short or long haul, and her reputation for business preceded her, which led to them getting bought out by BFI.

Being an entrepreneur, Judy learned quickly to say what you mean and mean what you say. She could cut up with the best of them but also knew when it was time to get down to business and be blunt. If business was involved, she didn't worry too much about what others thought or if it hurt their feelings. She was going to tell you like it was and not sugar coat it. So, once she got entrepreneurial ventures out of her system, Judy made the seamless transition to working as a machine operator.

She began at Paramount Packaging and stayed there for 27 years, even having the opportunity to tap back into her business skills and go to Canada as a representative for the company. After that, she saw the need for caregivers and devoted her time to sitting with and caring for the elderly. Even after her stroke in 2015, she was determined to get back on the horse working. Things just didn't pan out the way she had planned, but Judy used her savviness to make the most of every situation.

Serving in many different capacities over the course of her life, Judy had to have a favorite, and the most cherished title of all was "Granny." At the age of 41, she took 14-month-old Courtney home with her. It wasn't until Courtney that Judy slowed down to smell the roses for a while. She and Paul would take Courtney and Megan to Memphis to see Graceland and the zoo. Once Courtney met Aaron Tippin at Chuck E. Cheese. She convinced him to call Judy and sing his song, "Stand For Something" over the phone to her because Judy loved it so much.  They enjoyed time listening to Patsy Cline and Loretta Lynn together, and Courtney remembers Judy's time attending Plainview Baptist Church when her health was still good enough.

She raised Courtney in the way she should go, and it created a special bond between the two. Like two peas in a pod, they quickly became best friends, and Courtney remained quick to call Granny to tell her about the day or what was happening. That relationship blossomed even more when Courtney had Blain. The great grandchildren were Judy's world, and she loved them dearly. The only things in her life close to reaching that level of love were her pets. Athena and Luna were her dogs, and Stinker, Oreo, and Sammie were her cats. But all of them were her babies.

To order memorial trees or send flowers to the family in memory of Judy E. Neufell, please visit our flower store.