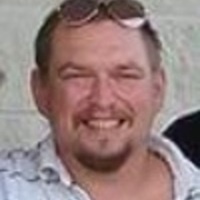 He is survived by his father, James “Jimmy” (Lisa Davenport) Powers of Woodbury, his loving daughter and her mother, Lindsay Victoria Powers and Leslie McGregor both of Woodbury, his mom, Nina Winfrey of Cullman, AL, sister, Kasie Powers of Murfreesboro, aunts and uncles, Jeff Mason of Lebanon, Richard Keefus, John Powers, Jeff Powers, Dolly Powers Brewer, Ted Powers all of Hohenwald, Yvonne Peak of Nashville, Leacel Waldrep, Theo Waldrep, Remona Adkins all of Alabama, and by his best friend, Leo Lopez of Murfreesboro.

He was born in Nashville and later moved to Murfreesboro and then to Woodbury.  He lost his mother in a tragic accident when he was a small child.  He was raised in the homes of his father and mom, Nina from that point forward.  He and his father were close.  Growing up he wasn’t fond of his name Lindsay. Many of his family and friends called him Lee. This all changed after his daughter was born and she was named after him. She was his special little Lindsay. He was fun loving and could be silly. He started riding dirt bikes at an early age and could pop a wheelie in a second.  He loved motocross.  When he wasn’t riding, he liked working on them and other small engines. Anything to get greasy. He also enjoyed working on computers as a hobby. He liked his music loud with a bumping base rhythm.

The family is holding a visitation on Saturday, July 25, 2020 from 11-1 pm Calvary Chapel of Murfreesboro, 229 River Rock Blvd. Murfreesboro, TN and a service in his memory at 1 pm. Lee Soloman will officiate. In lieu of flowers the family requests donations to Suicide Prevention at https://centerstone.org/give/.  Share memories and condolences with them at www.smithfuneralhomewoodbury.net  Smith Funeral Home, 303 Murfreesboro Rd. Woodbury, TN 37190, 615-563-5337

To send a flower arrangement or to plant trees in memory of Lindsay "Lee" Gene Powers, please click here to visit our Sympathy Store.

To order memorial trees or send flowers to the family in memory of Lindsay "Lee" Gene Powers, please visit our flower store.