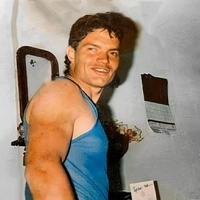 Mr. Lonnie Ray Bain, 54, of Murfreesboro passed away on January 11, 2021.  He was born in Murfreesboro, Tennessee on August 24, 1966.  Preceding him in death were his parents, Ernest Ray Bain and Mary Linda Hoover Barlow, and a brother, Donnie Lee Bain.

He was born and raised in Murfreesboro with an uncanny work ethic.  He worked for the Daily News Journal as a print press operator for several years, but if you wanted to know where his heart was, look at his hands.  His family remembers it seemed like he always had a tool in them.  He worked on cars his entire life and was always tinkering on something.  When he wasn’t occupied working on a car, you could find him doing yard work or enjoying his time outside fishing.  He was also a faithful man and attended the Pentecostal church with his grandmother.

Visitation will be held at Smith Funeral Home on Friday, January 15, 2021 from 4-8 pm.  Funeral services will be Saturday, January 16, 2021 at 1 pm in the Smith Funeral Home chapel.  Tim Gentry will officiate.  In lieu of flowers donations are requested to assist with expenses.  Share memories and condolences with the family at www.smithfuneralhomewoodbury.net  Smith Funeral Home, 303 Murfreesboro Rd. Woodbury, TN 37190, 615-563-5337

To send a flower arrangement or to plant trees in memory of Lonnie Ray Bain, please click here to visit our Sympathy Store.

To order memorial trees or send flowers to the family in memory of Lonnie Ray Bain, please visit our flower store.