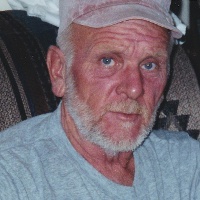 Mr. Melvin “Mel” McCardell, III, 69, of Abilene, Texas passed away on July 16, 2019. He was born on June 19, 1950 in Elkton, Maryland. He was preceded in death by his parents, Melvin R. McCardell, II and Dorothy McGlothin McCardell; a son, Jimmy McCardell; step-daughter, Felicha Nash; brother, Brian McCardell; and a sister, Helen Cullen.

Mr. McCardell grew up in Maryland but over the years had lived in many different places, including, Tennessee and Texas. He was a veteran of the U S Air Force. During his time in service he met Mrs. Glenda over the phone and they later married. They had celebrated 44 years of marriage in February.

Throughout his life he wasn’t afraid of hard work. While living in Texas he picked up the welding trade working in the oil fields. He saw an opportunity for his own business welding for oil companies. He bought equipment and a truck. This talent for metal working later led him to work with Lemming Ornamental Iron Works in Tennessee. He later started his own company, Mid State Ornamental Iron Works. Projects ranged from apartment buildings to homes of country music stars such as, Johnny Cash, George Jones, Reba McIntyre and others. He had a keen interest in coin collecting, especially, Morgan dollars and the Kennedy half-dollar. He loved his dogs, mainly Chihuahuas, they were like family.

Visitation will be held at Smith Funeral Home on Sunday, July 28, 2019 from 11-2 pm. Funeral service to follow at 2 pm in the chapel. Military funeral honors will be conducted in appreciation of his service.  Share memories and condolences at www.smithfuneralhomewoodbury.net, Smith Funeral Home, 303 Murfreesboro Rd. Woodbury, TN 37190, 615-563-5337

To send a flower arrangement or to plant trees in memory of Melvin "Mel" Robert McCardell, III, please click here to visit our Sympathy Store.

To order memorial trees or send flowers to the family in memory of Melvin "Mel" Robert McCardell, III, please visit our flower store.