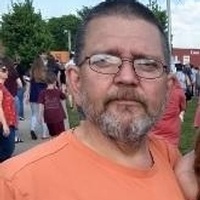 Mr. Michael Dwayne Hollis, 52, of Morrison passed away on November 28, 2018 after an extended illness. He was born on February 13, 1966 in Woodbury, TN. He was preceded in death by his grandparents, Fred & Ethel Hollis and Clarence & Beulah Mears; and by father-in-law, Jerry Hughes.
He is survived by his wife of 30 years, Terri Hughes Hollis; father, Fred E. (Teresa) Hollis of Woodbury; mother, Rachel (Ron) Mears Merritt of Murfreesboro; sons, Michael D. Hollis, Jr. of McMinnville, Jonathan Hollis of Morrison, Colton Hollis of Sparta, Mason Zechary and Jayden Jennings both of Morrison, and Levi Scroggins of Missouri; daughters, Danielle (Cody Owens) Stratton of Woodbury and Dakota (Turner) Adcock of Gulf Shores, AL; four grandchildren, Destinee Stratton, Andrew Stratton, Cadence Higgins, and Jamison Adcock; brothers and sister-in-law, Perry Hughes of Woodbury and Cherrie Lynn (Joe) Reed of Auburntown; niece and nephews, Christi Reed, Ethan Reed, and Pearson Hughes; and by several step-brothers and step-sisters.
Michael was an easy-going person. He and Terri loved kids and opened their hearts and home to many of them. They have enjoyed being foster parents to many children in need over the past 25 years. They were always interested in having the kids involved in whatever they were doing. He worked at Whirlpool for many years as a supervisor. He and Terri owned and operated several businesses over the years, Dollar Video, Terri’s Country Kitchen, and currently, Wayne’s Auction House.
He loved to go camping, fishing, and chase crabs on the beach with the kids when they vacationed at places like Jekyll Island, GA. He liked to fly kites with them. He was always tinkering on things. He could take just about any item that was broken and fix it up. He liked collecting antiques and other things like Pokemon cards with the kids. He enjoyed going to yard sales and auctions in his spare time. Terri was a good cook and he loved eating her chicken and dumplings. He was a member of the North Warren Church of Christ.
Visitation will be held at Smith Funeral Home on Thursday, November 29, 2018 from 3-8 pm and on Friday, November 30, 2018 from 11:30-1:30 pm. A graveside service will be held at Milton Cemetery at 2 pm on Friday. Brad Hall will officiate. In lieu of flowers memorial donations are requested to assist the family with expenses. Share memories, thoughts, and condolences with the family on the guestbook page of www.smithfuneralhomewoodbury.net Smith Funeral Home, 303 Murfreesboro Rd. Woodbury, TN 37190, 615-563-5337

To send a flower arrangement or to plant trees in memory of Michael Dwayne Hollis, please click here to visit our Sympathy Store.

To order memorial trees or send flowers to the family in memory of Michael Dwayne Hollis, please visit our flower store.