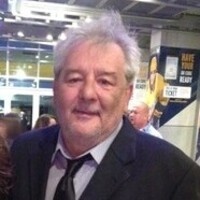 He learned at an early age how to work on cars.  Once he fixed his cousin’s brakes with a coat hanger.  He kept a love for cars the rest of his life. He and Trisha would often go to car shows or take a long Sunday afternoon drive in the country.  He worked as a plumber most of his life and ran his own plumbing company, Mayo Plumbing.  Trisha would go with him on many jobs to hand him tools or help with other things.  He was good with animals, family described him as being like Dr. Doolittle.  He liked watching the History Channel and anything to do with conspiracies.  He and Trisha liked to listen to country music and won a trip to the CMA awards once, including the hotel stay, limo, and special entrance to the show.  He believed in the Lord and had been baptized years ago.

To send a flower arrangement or to plant trees in memory of Michael Wade Mayo, please click here to visit our Sympathy Store.

To order memorial trees or send flowers to the family in memory of Michael Wade Mayo, please visit our flower store.