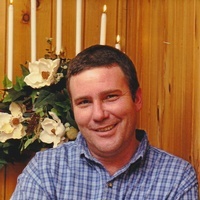 Mr. Michael J. “Mike” Burton, 49, of Woodbury passed away on November 18, 2018 after an extended illness. He was born on August 29. 1969 in Charleston, South Carolina. He was preceded in death by his parents, Doyle Burton and Gloria Faye Musselwaite Burton.
He is survived by his wife, Carmella Burton of Woodbury; sons, Eric (fiancé-Cora Williams) Burton and Joey Winfrey both of Woodbury; daughters, Stephanie (Nicholas) Butcher of Woodbury, Amanda Winfrey of Murfreesboro, and Hannah Winfrey of Woodbury; brother, Carlos Burton of Manchester; ten grandchildren with number eleven on the way. Carmella’s family immediately loved Mike and treated him like one of their own. He also had many close friends and co-workers.
Mike and his family moved to Tennessee when he was in about the 7th grade. He was gifted with the ability to fix almost anything. Many friends called him “MacGyver” because of this talent. An example of his cleverness with repairs, was the time he fixed his daughter’s car with a stick. He was able to work with his hands to take care of almost anything he put his mind to. He had the ability to build a house from the ground up. Besides construction and remodeling, he worked for many years at Pillsbury in Murfreesboro and Cherokee Electric installing traffic lights for a while.
Mike had a generous spirit, always willing to help family and friends. Once he accepted you as a friend, he was devoted to you unless you did something to break the trust. When he liked you, he would pick on you, aggravate, and joke with you. His sense of humor was unique, he could make funny associations with your name and songs or food. He was an avid outdoorsman. Rain, shine, winter, or summer he would find a way to be outside and usually with a fishing pole. It didn’t matter if it was a lake, river, creek, or mudhole. He joked he could catch a catfish in a mudhole. He, Carmella, and the kids have many happy memories together being on the water. He attended Dillon Street Baptist Church. He unconditionally loved his children and grandchildren. He cherished the time they were able to spend together.
Visitation will be held at Smith Funeral Home on Wednesday, November 21, 2018 from 9-2 pm. Funeral services will follow in the Smith Funeral Home chapel at 2 pm on Wednesday. Ray Patrick will officiate. Interment will be in Pleasant View Cemetery. Share memories, support, and thoughts with the family at www.smithfuneralhomewoodbury.net Smith Funeral Home, 303 Murfreesboro Rd. Woodbury, TN 37190, 615-563-5337

To send a flower arrangement or to plant trees in memory of Michael "Mike" J Burton, please click here to visit our Sympathy Store.

To order memorial trees or send flowers to the family in memory of Michael "Mike" J Burton, please visit our flower store.