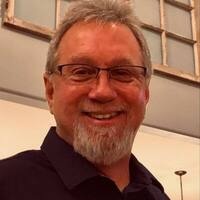 Mr. Michael Nathan "Mike" Johnson, 61 of Woodbury passed away on July 2, 2021 after an unexpected illness with his family at his side. He was born in Nashville, TN on March 28, 1960. Preceding him in death were his father, Ronnie Nathan Johnson, and his mother, Mary Elizabeth Jones.
He is survived by his wife, Kristina Johnson of Woodbury; son, Josh (Taylor) Johnson of Woodbury; daughter, Kayla (Cody) Brown of Woodbury; step-son, Michael Shipman; step-mother, Cheryl Johnson of Readyville; sister, Teresa (Gary) Brooks of Mount Juliet; step-brothers, Alan Smithson of Smyrna and Scott (Michele) Smithson of Auburntown; step-sister, Angie (Jeff) Graham of Murfreesboro; grandsons, Enman, Eli, and Easton Johnson;
granddaughter, Carlee Brown; and lifelong friends, Noel Harding, Mitchell Bradford, and Bill Brown.
Mr. Mike Johnson was quite the character throughout his life. An outgoing socializer, he easily became the life of the party wherever he went. He loved to talk and was quick with a joke. His talent for making people smile and laugh was uncanny. In high school, he was nicknamed “Mickey Rat,” and he carried that nickname with him during his 20 years as a truckdriver, using it as his CB handle.
When his truck driving career ended, Southern Heating & Air came into existence. Owning and operating the business opened up opportunities for a lifestyle that fit his personality. Being the king of small talk meant that there were no “quick” jobs. He would get there when he got there and leave when he left. His easy-going attitude allowed him to take the time to stop and smell the roses. He was someone who had learned how to enjoy life on his own time schedule while still working around everyone else’s.
His big heart for helping made it not uncommon for him to go out late at night to fix someone’s heating and air. If someone was financially struggling or suffering from illness, he would ask for far less payment than the job was worth. He was willing to go above and beyond and completely out of his way for people, especially if they were on his good side or if they were family. One story his family fondly remembers is when he risked his life to hang a chandelier for his daughter, Kayla’s, wedding. He wanted everything to be just how she wanted it, so he decided to stand a ladder on a bucket that was sitting on top of a table to reach where the chandelier needed
to be.
Mr. Mike was a chip off the old block to Mr. Ronnie, and Mr. Mike’s son, Josh, is carrying on the tradition, jokingly called the third chip. Among his many similarities to Mr. Ronnie, being an Alabama fan and his love for Harley motorcycles stood out the most. He started riding motorcycles almost before he could walk. His sister, Teresa, remembers him writing a letter for Christmas that said, “Dear Santa, I want a mini bake,” meaning a minibike. He rode the wheels off of the minibike, and once he was old enough, he bought his first motorcycle and took many
road trips with family and friends. A tradition he and all the family looked forward to every year was a vacation to Florida.
In the past, Mr. Mike attended Hollow Springs Community Church. The strong connection he shares with his children and grandchildren is founded upon the example of unconditional love, and it was his love that earned him the affectionate names of Dad, PomPom, and PawPaw. He left his family with many words of wisdom. When he believed in something, he held firm to that belief and made sure everyone that would listen knew about it. Even though his family’s hearts are grieving, he made sure he left them all with many memories to make them smile.
Visitation will be held at Gentry-Smith Funeral Home on Saturday, July 10, 2021 from 3-5 pm. Memorial services will follow on July 10, 2021 at 5 pm in the Gentry-Smith Funeral Home chapel. Tony Burnett and Charlie Brooks will officiate. Those in attendance will be invited to a celebration of life set to take place after the services. In lieu of flowers, memorial donations may be made to the American Heart Association. Share memories and condolences at www.gentrysmithfuneralhome.com Gentry-Smith Funeral Home, 303 Murfreesboro Rd. Woodbury, TN 37190, 615-563-5337

To send a flower arrangement or to plant trees in memory of Michael "Mike" Johnson, please click here to visit our Sympathy Store.

To order memorial trees or send flowers to the family in memory of Michael "Mike" Johnson, please visit our flower store.