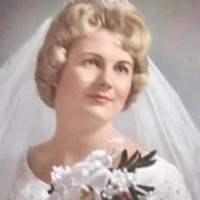 Mrs. Nancy Marie Farr Van Dyck, 80, of Woodbury passed away on December 25, 2019. She was born September 10, 1939 in Atlanta, GA. She was preceded in death by her parents, Edward Farr and Rose Elizabeth Fowler Farr; brother, Robert Farr; and two grandchildren, Savannah Butcher and Ricky Butcher.
She is survived by daughters, Lu Anne (Patrick) McCullough of Woodbury, Cindy (Jerry Sorenson) Hall of Rankin, IL; sister, Sharon (Ron) Rondo of Baja, Mexico; three grandchildren, Nicholas (Stephanie) Butcher of Woodbury, Ronnie Van Dyck of Indiana and Stephanie Kindernay of Illinois; and three great grandchildren, Laylah, Paisley and Penelope Butcher.
She was born in Atlanta during the Great Depression. Nancy’s mother, Rose Elizabeth became ill with TB when Nancy and her younger brother Robert were in elementary school, so the two of them were sent to Chicago to live with their grandparents while her younger sister Sharon, remained home with her mother and they both missed Nancy and Robert very much. She was active with her class in high school and helped organize their class reunions in the years after graduation. In order to better herself and support her family she took business classes to learn accounting. She worked for many years with General Mills and later with a law firm as an Executive Assistant for the attorneys. Every day she would travel into downtown Chicago to work, no matter what the weather. She continued to do this up into her 70s. She and her family were Catholic. She was active at church, participating in the Ladies Auxiliary. Her family life was important too. They took trips camping and to visit their grandparents in Wisconsin every year. Music always held a special appeal for her. She enjoyed listening to symphony and orchestra music and she played the saxophone in her younger years. She was an animal lover too. She called her four cats her babies. After moving to Woodbury to live with her daughter, she raised chickens. They would follow her around the yard like a mother hen.
Visitation will be held at Smith Funeral Home on Saturday, December 28, 2019 from 11-2:30 pm. Graveside services will be in Cherry Cemetery at 3 pm on Saturday. Share memories and condolences at www.smithfuneralhomewoodbury.net Smith Funeral Home, 303 Murfreesboro Rd. Woodbury, TN, 615-563-5337

To send a flower arrangement or to plant trees in memory of Nancy Van Dyck, please click here to visit our Sympathy Store.

To order memorial trees or send flowers to the family in memory of Nancy Van Dyck, please visit our flower store.