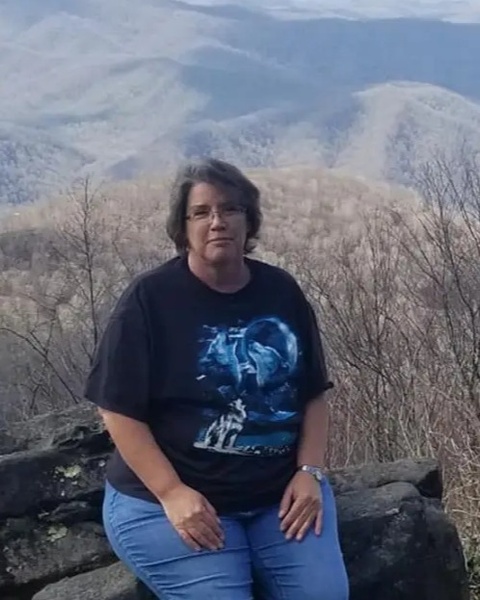 Mrs. Pamela Diane Brewster, 50, of Shelbyville, Tennessee was born on Monday, December 13, 1971 in Murfreesboro, Tennessee. She went on to be with the Lord on Monday, September 26, 2022 and was reunited with her father, Otis White Bogle; brother, Jerry Bogle; and sister, Virginia Lynn Bogle Baxter.

Pamela, better known as Pam, was born and raised in Murfreesboro, Tennessee. For the majority of her life, it was the place she called and knew as home except for a few years in Johnson City and Shelbyville. She graduated from Riverdale High School with the class of 1990 but already knew her where her future lied.

Throughout her life, Pam always had the heart of a mother. She was concerned about others and was sure to put them before herself. Even struggling with cancer, she wanted to be sure she didn't hurt anyone's feelings as she grew weary. This mindset went double, maybe even quadruple, for her family. There was nothing Pam wanted more than a family of her own. When Lindsey came along in February 1996, Pam knew she was right. Just call it a mother's intuition. She was smitten with her beautiful baby girl, and she and Johnnie married in her hometown of Murfreesboro on Wednesday, August 19, 1998.

Just a few years later, the couple was blessed with another baby girl, Stephanie, in May 2001. Unable to bear the thought of being apart from her precious girls, Pam remained a homemaker, and she took pride in her work. Taking care of her husband and children was central to her life, so naturally, all of her hobbies followed suit. If it was a rainy day, family time reading, doing puzzles, or playing board games was her itinerary of choice. Needing some fresh air? Camping, fishing, and hiking. Snack time? Pam was ready to whip up something in the kitchen and was an excellent baker.

All of her energy was invested into her family, and that didn't just go for Johnnie and the girls. Pam also actively helped take care of her parents, and being reunited with her father, Otis, was something she talked about and longed to happen for a long time. She was also active in the care of the fur babies she'd come to consider part of the family. Oliver was one that will always hold a special place in her heart because he stayed by her side until the end of her race.

With so much love to give, it had to go somewhere, and her love of all animals refilled her cup daily. That was something else about Pam—you didn't see her without a little love to give, whether it be in a smile, a hug, or a word of encouragement. If you had the privilege of knowing Pam, you knew peace, abundance, and mindfulness. Whatever life threw her way, she took control of what she could and left the rest to God. She was not one to boast about what she had. Her goal was to live a simple and full life, and because of that, she was overflowing with love. Lastly, she was aware and conscientious about the feelings of others. She thought before she spoke and demonstrated true empathy.

Most people don't find the contentment Pam lived throughout her life. She knew her Savior and could wake up to new challenges each day knowing it was well with her soul. Her spirit was a light in this world, and her family's hearts are broken now that their worlds have become a little dimmer. Her family was her entire world, and for the last bit of her life, they got to make her theirs. Per her wishes, the family will hold private services at a later date.

In lieu of flowers, memorial donations may be made to Halos Second Chance Animal Rescue (1016 Muirwood Blvd., Murfreesboro, Tennessee 37128). Share memories and condolences at www.gentrysmithfuneralhome.com Gentry-Smith Funeral Home, 303 Murfreesboro Rd. Woodbury, TN 37190, 615-563-5337 Because every life has a story

To order memorial trees or send flowers to the family in memory of Pamela Diane Brewster, please visit our flower store.