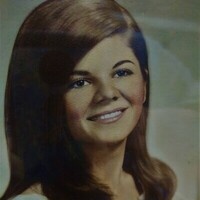 Mrs. Patricia Diane Fuller McCullough, 70, of Beechgrove, TN passed away on September 23, 2021. She was born in Murfreesboro, TN on December 19, 1950. Preceding her in death was her father, James Alvin Fuller.

Mrs. Patricia was a member of Gethsemane House of Prayer and a strong woman of faith. Her passion was telling people about the Lord, and she did so by word and by deed. To be a friend, you must first be friendly, and she gave more to others than she would ever take from them. The love she had for people created a network of friends far and wide. Several people, whom she'd never met before, had the opportunity to connect with her through Facebook. They continued reaching out and stayed in touch over the years, forming friendships from afar.

Though she had several people in her life, Mrs. Patricia's prioritized her family. All she ever wanted to be in life was a mother, and she loved Gary and Tina dearly. They went on a family vacation every year to Florida and also enjoyed several trips to the lake and waterskiing. Her devotion to her children became a cornerstone of her personality. A simple woman, she didn't ask for much and remained content no matter what cards she was dealt in life. That contentment allowed her to forgive abundantly and love without conditions.

Her best friend, Michael, made unconditional love all the easier with the love and care that he showed to Mrs. Patricia. They worked well together and shared laughs, tears, dreams, and stories with one another. He was there for her in the darkest and the brightest of times. They attended church together until Mrs. Patricia's health prevented her from being with her church family, but her family knows that if she could have one wish come true, it would be for everyone to know Jesus.

To send a flower arrangement or to plant trees in memory of Patricia Diane McCullough, please click here to visit our Sympathy Store.

To order memorial trees or send flowers to the family in memory of Patricia Diane McCullough, please visit our flower store.