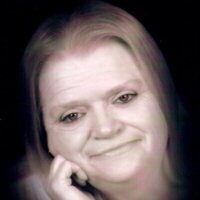 First and foremost, if you knew Peggy, you knew she was a momma through the generations. She loved her children, grandchildren, and great-grandchildren unconditionally. If Isaac or Sue tried to get on to the kids, Peggy quickly came to their defense. There was a reason she earned the loving title of "Granny," and there was nothing she cherished more than spending time with her family.

Jolene remembers all of the tender moments where Peggy would rub her head before she went to sleep. Peggy's job title of "homemaker" fit perfectly because if she was there, her family knew they were home. It was love that kept her going and her nightgowns that kept her comfortable. Being a homebody, her family didn't have to go far to find her. She stayed busy around the house with Kevin Gates' music setting the tempo in the background. Peggy's favorite activity at home was rearranging the living room, and the family lost count of how many times they came into a completely different layout.

Just like everyone else, Peggy had her quirks. Even though her daughter, Sue, loved Christmas, Peggy was always more of a Halloween girl. It may have had something to do with the fact she met Isaac for the first time on Halloween night. However, she also was lighthearted, enjoyed cutting up, and was a connoisseur of scary movies. Peggy didn't scare easy, and that went for most of her endeavors in life. From saying "I do" at 17 with her parents signing an authorization for her to start her life with Isaac to taking on undesirable household tasks that we often take for granted, Peggy wasn't one to back down from a challenge.

When Peggy wasn't being a homemaker, she liked to kick up her feet and settle in for a movie. She had a passion for movies, especially horror films with Chucky making it into her most-watched list. It didn't matter what holiday or birthday it was. If you didn't know what to get her, she'd say "Just get me a movie," and you knew you were bound to be watching it with her either that day or in the near future. Her collection was something to marvel at. She could have opened her own theater or movie rental store.

To send a flower arrangement or to plant trees in memory of Peggy Jo Markum, please click here to visit our Sympathy Store.

To order memorial trees or send flowers to the family in memory of Peggy Jo Markum, please visit our flower store.