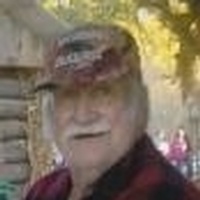 Mr. Philip Gene Matteson, 77, of Readyville, TN passed away on June 10, 2018. He was born in Middletown Springs, Vermont. He was preceded in death by his parents Edgar and Violet Coombs Matteson and by a son, Christopher Matteson and by several other siblings.

Mr. Matteson was a veteran of the Army National Guard. He was a truck driver for the Vermont Department of Transportation working for over 30 years. Once he and his family moved to Readyville, he continued to drive a truck for Hobbs Trucking Company in Murfreesboro. He and his family enjoyed camping and being together for family gatherings. He liked to go deer hunting and fishing when he had spare time.

The family will to lay him to rest in Vermont with some of his other family members. The date and time will be announced later. Share memories and condolences with the family at www.smithfuneralhomewoodbury.net Smith Funeral Home, 303 Murfreesboro Rd. Woodbury, TN, 615-563-5337

To send a flower arrangement or to plant trees in memory of Philip Gene Matteson, please click here to visit our Sympathy Store.

To order memorial trees or send flowers to the family in memory of Philip Gene Matteson, please visit our flower store.