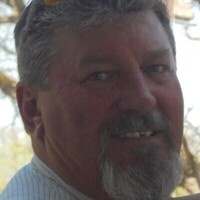 Mr. Ray Charles “Curly” Anderson, 55, of Watertown passed away on April 13, 2021.  He was born in Murfreesboro, TN on January 8, 1966.  Preceding him in death were his father, Howard Anderson, and brothers, Steve and Paul Anderson.

When Ray was only 3 years old, his aunt gave him the nickname “Curly,” and it has stuck ever since. Originally for his curly hair, he made it his own and grew into the name. He loved to cut up and carry on with his family, which was full of characters. His charismatic personality and quick wit attracted many people into his life. He was also a social butterfly, which made it practically impossible for him to go anywhere without seeing someone he knew. His children remember going on vacations, and he was still able to run into at least a couple of people he knew. He always had something to say, and he was sure to say it, making him the last person to leave gatherings on most occasions.

On the other hand, Curly was a simple and hard-working man. A jack-of-all-trades, he worked as a handyman for 30 years doing carpentry, electrical work, plumbing, and concrete. His love for his craft transferred into his hobbies. Though he was a social butterfly, he was still a homebody at heart. He enjoyed his time tinkering on projects at home. Whether it was fixing the lawn mower or restoring a toy for his kids or grandkids, you could usually find him working on something. He was old school and a thrifty man. His habit of pulling over to stop and pick up something off the side of the road has passed on to his children, and it is an action that his memory will live on each time they do it.

To send a flower arrangement or to plant trees in memory of Ray Charles Anderson, please click here to visit our Sympathy Store.

To order memorial trees or send flowers to the family in memory of Ray Charles Anderson, please visit our flower store.