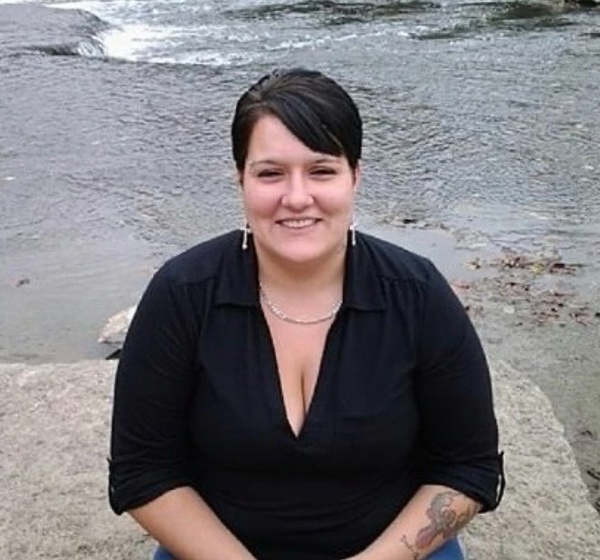 Ms. Rebecca Ann Floyd, 35, of Rush, Colorado passed away on Saturday, June 18, 2022. She was born in Alabama on Wednesday, October 8, 1986. Preceding her in death were her parents, Charles Edward and Bobbie Jean Floyd, Sr. and brothers, Charles Edward Floyd, Jr., John Floyd, and Jared Floyd.

If you ever met Rebecca, there were a couple of things you would have remembered. The first being that she always had a smile on her face. She had an outgoing personality and a friendly disposition that combined with her smile made you feel invited to sit down and talk for a while. Those characteristics made her well liked just about everywhere she went, even when she decided to take her heaping dose of Southern hospitality up north and moved to Colorado.

The second thing you'd remember about Rebecca was she had a good heart. She was someone who would do anything for anybody, and that wasn't limited to people. Rebecca also loved animals and hoped to one day start a farm. She'd take notes on every animal, but the one she studied the most was her boxer mix, Chloe. After being rescued, Chloe became Rebecca's service dog for her seizures, and the two shared a special bond.

Due to Rebecca's personal experience with health problems, she felt called to combine her warm personality and good heart to make a career in medicine. Rebecca worked as a Certified Nursing Assistant and only lacked 3 months in school before finishing her degree to become a Licensed Practical Nurse. If you talked to her for long, she was bound to start talking about her job and sharing her experiences.

When Rebecca wasn't working, she enjoyed tapping in to her more adventurous side. It didn't matter if she was out in nature or at an amusement park; Rebecca just wanted to be outdoors. She'd go swimming and camping out in the State and National Parks in Colorado, and Katlynn remembers their trip to the Garden of the Gods in Colorado Springs.

With Katlynn being the oldest, she and Rebecca would spend lots of time together. They'd go out to eat and just have some one-on-one girl time. She even got Rebecca on TikTok, and Rebecca would share videos of her kids and, of course, Chloe. Growing up Rebecca spent quite a bit of time with her grandmother, Peggy. Peggy emphasized the importance of family and togetherness by taking Rebecca to church as a little girl. Many of those life lessons were ones Rebecca had in mind to fall back on as she grew up.

To order memorial trees or send flowers to the family in memory of Rebecca Floyd, please visit our flower store.