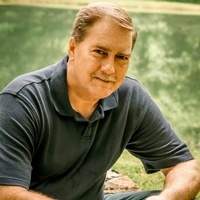 Mr. Rex Spry, 51, of Bradyville passed away on December 31, 2018 with family at his side after a battle with liver cancer.  He was born in Woodbury, TN on April 4, 1967.  He was preceded in death by his father, Jerry C. Spry; grandparents, Cecil and Pauline Spry and James and Clara Basham; and a sister, Lisa Spry.

He is survived by his wife, Rhonda Sissom Spry; daughters, Amber (Will) Thomas of Commerce, GA, Andrea (Justin) Ortkiese of Bradyville, and Abbey (Jimmy) Rhea of Bradyville; son, Justin Spry of Bradyville; mother, Mary Basham Spry of Bradyville; four grandchildren, Gracie, Josiah, Weston, and Barrett; as well as many other family members, friends, and foster children who came through his home in recent years.

Rex was a graduate of CCHS in the class of 1985.  He and Rhonda met while in high school, fell in love, and married right after she graduated.  They celebrated their 30th anniversary with a cruise to Hawaii last year.  Cruising was one of their favorite things to do together, and he was only one trip shy of earning VIP status. Rex and Rhonda were dedicated parents who attended as many ballgames, church functions, and other events with their kids as they could.  They were thrilled to get to see their four grandchildren born. He was a member of the Smith Grove Church of Christ.

Rex was gifted with hands that could build, fix, and create practically anything.  He spent many hours and days happily working on projects for himself, family, friends, and his church.  Over the years, he enjoyed restoring various cars and farm equipment, including his grandfather’s antique tractor.  His talent was also put to good use at his job with the VA Medical Center in Murfreesboro.  He worked as an industrial equipment mechanic for nearly 34 years before he retired. Rex was a man of few words, but his word meant everything. He was the epitome of a good man, and his kindness and generosity toward all he knew will never be forgotten.

Visitation will be held at Smith Funeral Home on Wednesday, January 2, 2019 from 4-8 pm.  Funeral services will be Thursday, January 3, 2019 at 11 am in the Smith Funeral Home chapel.  Al Bugg will officiate.  Interment will be in Gilley Hill Cemetery.  Share memories and condolences with the family at www.smithfuneralhomewoodbury.net on the guestbook page with his obituary.  Smith Funeral Home, 303 Murfreesboro Rd. Woodbury, TN 37190, 615-563-5337

To send a flower arrangement or to plant trees in memory of Rex Spry, please click here to visit our Sympathy Store.

To order memorial trees or send flowers to the family in memory of Rex Spry, please visit our flower store.