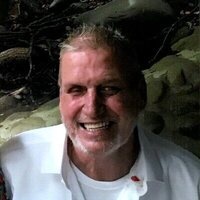 Mr. Ricky McCullough, 64, of Murfreesboro passed away on February 16, 2022. He was born in Murfreesboro, TN on September 7, 1957. He was the son of the late, Granville McCullough and Kitty Reed McCullough. Also preceding him in death are his wife, Tina McCullough, one brother, and two sisters.

It seemed when Mr. Ricky was born, he hit the ground knowing how to work. Life didn't hand him an easy row to hoe, but he did what he needed to do to get by. Growing up he and his siblings had many of their aunts and uncles pitch in to help raise them. They made sure to take them to church to help get them on the right track. One of his aunts had a little fun by nicknaming him "Howdy Doody" after his favorite TV show host.

Knowing how to stick up for himself came naturally. In the words of Muhammad Ali, he could "float like a butterfly and sting like a bee," which earned him the Tennessee Golden Gloves Championship. He had a promising future in boxing, but his wife and young son came first so he hung up his gloves. When boxing didn't pan out, he fell back on his hard-working skills as a roofing contractor. He learned the tricks of the trade with Home Roofing in Murfreesboro as a young man. Once he had the know-how, he went out on his own to do roofing jobs. He made sure to keep a job going when his son, Rick, was around to share the fun and give him a good work ethic. It seemed he always had an iron or two on the fire when it came to fixing things or working.

When he wasn't working, he took time to put a line in the water and try to reel in that big fish. His time kicked back fishing was all the more special when he could share it with his brothers. Many a good time and laughs were had with him joking around and probably telling stories of the one that got away. He could always be counted on to pull a prank or just be the life of the party. His family will greatly miss his humor and influence in their lives.

To send a flower arrangement or to plant trees in memory of Ricky E. McCullough, please click here to visit our Sympathy Store.

To order memorial trees or send flowers to the family in memory of Ricky E. McCullough, please visit our flower store.