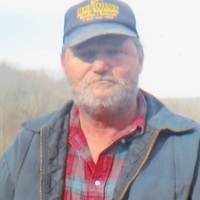 Mr. Ricky White Murphy, 59, of Woodbury passed away unexpectedly on December 16, 2019. He was born on February 27, 1960 in Manchester, TN. He was preceded in death by his parents, Clifton White Murphy and Helen Louise Hall Murphy and a brother, Ray Murphy.
He is survived by his wife, Ruth Murphy; two sons, Clifton Murphy and David (BJ) Murphy both of Woodbury; two daughters, Beth Mount and Kayla (Joey) Nicholson both of Woodbury; a brother, Troy (Jean) Murphy of Woodbury; two sisters, Wanda Kay Mathis of Woodbury and Teresa (Jim) Parker of Watertown; and 17 grandchildren.
Mr. Ricky was well known in the community as a hard worker. He lost a leg in a motorcycle wreck when he was a young man. He used crutches to get around most of the time, but he could work harder and do more than most men with two legs. He wasn’t afraid to tackle any kind of job. Over the years he did many kinds of work. He was a foreman with Asplundh Tree Service, a brick mason, hay hauler, fence builder, and all- around handy man. Whenever you saw him Mrs. Ruth was right there with him. They had been married 40 years in May. They met working in a tobacco patch and Mr. Ricky saw from all the others there she was the right one for him. He was always looking for work to do and many times he would have his family, including grandkids helping with the jobs. He had his own way of doing things and would show his kids and grandkids how. He enjoyed having them with him. He loved his family, especially, his grandbabies and his little dog, Big Baby. He was a member of the Woodbury Church of Christ.
Visitation will be at Smith Funeral Home on Wednesday, December 18, 2019 from 4-9 pm. Funeral services will be Thursday, December 19, 2019 at 2 pm in the Smith Funeral Home chapel. Bro. Al Bugg, Jr. will officiate. Interment will be in Riverside Cemetery. Share thoughts, memories and condolences with the family at www.smithfuneralhomewoodbury.net Smith Funeral Home, 303 Murfreesboro Rd. Woodbury, TN 37190, 615-563-5337

To send a flower arrangement or to plant trees in memory of Ricky White Murphy, please click here to visit our Sympathy Store.

To order memorial trees or send flowers to the family in memory of Ricky White Murphy, please visit our flower store.