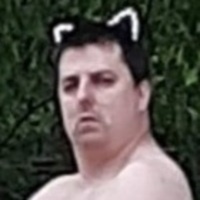 Ricky was a cut up who like to goof around. He loved getting his family and friends to laugh at his antics. Things like having his picture made walking his cat, Rocky, without his shirt on, sticking his belly out. He was good at fixing cars and worked doing landscaping and lawncare in times past too. He liked spending time with his boys. Most of the time he had one of them with him. They liked to go to the creek and catch crawdads or go fishing.  He planned to teach the oldest one to hunt this year.  He liked riding 4-wheelers and just being outdoors. He was just a regular old country boy.

Visitation will be held at Smith Funeral Home on Monday, August 3, 2020 from 11-2 pm.  Funeral services will follow in the Smith Funeral Home chapel. Due to his untimely passing and leaving a wife and two young sons, donations are requested to help with funeral expenses. Share memories and condolences with the family at www.smithfuneralhomewoodbury.net  Smith Funeral Home, 303 Murfreesboro Rd. Woodbury, TN 37190, 615-563-5337

To send a flower arrangement or to plant trees in memory of Ricky Wilson, please click here to visit our Sympathy Store.

To order memorial trees or send flowers to the family in memory of Ricky Wilson, please visit our flower store.