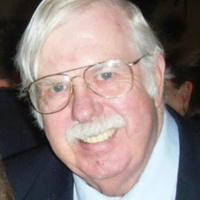 Mr. Ronald "Ron" Dean Inyart, 73, of Bradyville, TN passed away on December 10, 2019.  He was born in Huntington, Indiana on May 27, 1946.  His parents were the late Lester Ray Inyart and Virginia Elsie Gothard Inyart.

Mr. Inyart was a veteran of the U. S. Air Force serving during the Vietnam War.  During his time in the military, he was stationed in various states.  His last duty station was in Smyrna.  He soon found his way to Cannon County where he made his home in the Bradyville community.  He met his future wife, Mrs. Roxanne, at the Good Samaritan Hospital, while she was working as a nurse. He was working for the Cannon County Ambulance Service.  They celebrated 41 years of marriage in September.

He had a love for the community and wanted to serve.  He was the Chief Engineer and co-founder of the Mooretown Volunteer Fire Department. He also was a co-Captain and co-founder of the Cannon County Rescue Squad. He is a remaining a lifelong member at both organizations.  He was an EMT and was one of the first EMTs in the state to become IV certified.  He also taught CPR and First Aid classes to many in the community.  He was a Cub Scout and Boy Scout Leader for many years and coached boys baseball and girls softball.  He was a member of Mt. Moriah Lodge #18 in Murfreesboro, where he was a Master Mason for over 40 years.

His work life was very active. He helped start a private fleet for delivery at Colonial Corp. for the shirt factory.  He drove a school bus route for Coffee County Schools for 13 years.

Visitation will be held at Smith Funeral Home on Friday, December 13, 2019 from 4-6 pm. Funeral services will be Saturday, December 14, 2019 at 1 pm in the Smith Funeral Home chapel.  Wade Campbell will officiate.  Interment will follow in Hathcock Cemetery in Manchester, TN.  Mr. Ron requested no flowers to be sent but, asked memorials be given to either St. Jude's Children's Hospital or the Shriners Hospital.

To send a flower arrangement or to plant trees in memory of Ronald “Ron” Dean Inyart, please click here to visit our Sympathy Store.

To order memorial trees or send flowers to the family in memory of Ronald “Ron” Dean Inyart, please visit our flower store.