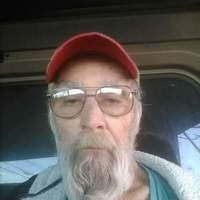 Mr. Roy Allen Sweeney, Jr., 71, of Lewisburg passed away on December 3, 2019. He was born on February 13, 1948 in Columbia, TN.  He was preceded in death by his parents, Roy Allen Sweeney, Sr. and Evelyn Willie Sharpe Sweeney, also by two brothers, Frank Sweeney and Tony Sweeney.

Over the years Mr. Sweeney worked many construction jobs as a heavy equipment operator and a dump truck driver. Most recently he was working for the Bedford County Highway and Solid Waste Department.  He and his wife had been married 44 years.  In his younger years he liked to come to Woodbury and ride horses. When he wasn’t working he enjoyed fishing.  He liked to go gambling and he raised game roosters for fun and sport.  You could often find him in his recliner watching football or NASCAR.

Visitation will be held at Smith Funeral Home on Thursday, December 5, 2019 from 4-8 pm. Following visitation he will be cremated.  Share memories and condolences with the family at www.smithfuneralhomewoodbury.net  Smith Funeral Home, 303 Murfreesboro Rd. Woodbury, TN 37190, 615-563-5337

To send a flower arrangement or to plant trees in memory of Roy Allen Sweeney, Jr., please click here to visit our Sympathy Store.

To order memorial trees or send flowers to the family in memory of Roy Allen Sweeney, Jr., please visit our flower store.