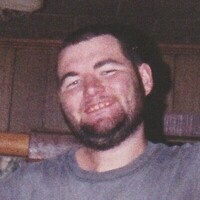 Russell Lee “Rusty” Manus of Bradyville died after a short and courageous battle with cancer.

He is survived by his parents George Edward SR. and Linda Faye Manus, Brother George Edward Manus JR. and sister Linda Ann Manus, all of Bradyville. He is also survived by several Aunts, Uncles, Cousins, and Friends.

Rusty grew up raising Beagle hounds and going rabbit hunting with his Dad and Friends. He spent a lot of time going to Nashville to visit Opryland and ride the General Jackson and Captain Ann Riverboats up and down the Nashville river. He loved watching Wrestling with his family. He would spend about 5 days a week watching it on television. Once a month he watched PPV wrestling. He would go to live events with his family and friends.

Rusty and Steve would go to Murfreesboro every week to shop for DVD’s and eat at Hooters.

They became known as “Hooter” and “Scooter”.

Rusty worked at Robinson’s Sawmill and the people he worked with were like a second family to him. His nickname at work was “Bubba Fred.” There are only three remaining survivors for the Robinson Sawmill Family. George Manus SR., Thomas “Pee-wee” Mathis, Mark Young. Preceding Rusty in death were Junior “Pa” Young, John Wiley Thomas, Dewey Robinson, Wayne Barrett, Larry Bogle, Larry Weger, Wiley Mathis, Jeff Mathis, Bobby Mathis, and Thomas “Bud” Mathis. Rusty was the youngest of the Sawmill Family and Daddy was one of the oldest. No one thought Rusty would go at such a young age.

Rusty worked at Robinson’s Sawmill and Higgins’ Livestock until his health took a turn for the worse in May 2020 and He had to stop working. Rusty was strong as a Bull and stubborn as an Ox. Rusty didn’t go to the doctor much, like so many in the Manus family. His Mother’s family, the Davenport’s, were more likely to go to the doctor.

Though his time upon this earth was short, Rusty was a kind and gentle Soul and will be greatly missed by all whose lives he touched.

Visitation will be held at Smith Funeral Home on Friday, December 18, 2020 from 3-9 pm.  Funeral services will be Saturday, December 19, 2020 at 2 pm in the Smith Funeral Home chapel.  Jerry Barrett will officiate.  Interment will be in Manus Cemetery.  Those who wish may send flowers help with a donation due to his untimely passing.  Support the family with memories and condolences at www.smithfuneralhomewoodbury.net  Smith Funeral Home, 303 Murfreesboro Rd. Woodbury, TN 37190, 615-563-5337

To send a flower arrangement or to plant trees in memory of Russell "Rusty" Lee Manus, please click here to visit our Sympathy Store.

To order memorial trees or send flowers to the family in memory of Russell "Rusty" Lee Manus, please visit our flower store.