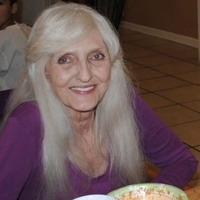 Ms. Sheila Ruth Lookabill, 75, of Readyville passed away on January 22, 2021.  She was born in Thomasville, NC on July 1, 1945.  Preceding her in death were her parents, John Frank Lookabill and Eunice Inez (Gibson) Lookabill.

In her earlier years, Ms. Lookabill was a hair model. Later on, she made the transition to an interior designer and finished her working years as a bookkeeper. A talented seamstress, if she didn’t have a suit for work, she made her own. She also had a love for singing and the voice to match it, singing in a band, at the Plantation Supper Club, and even at her daughter Nikki’s wedding. She lived the life of a single mother gracefully.Determined to do her best, she worked hard to take care of and provide for her children with a mother’s passion Her time off was spent going to visit Papaw Lookabill or being with her children. Not much came before her family, except God. A Christian, she attended Franklin Road Baptist Church with her daughter when she was able.

Visitation with the family will be held at Franklin Road Baptist Church on Thursday, January 28 from 11 am-1 pm.  Funeral services will be held directly after 1 pm.  Pastor Mike Norris will officiate.  The family will hold a private graveside service.  Share condolences and memories with the family at www.smithfuneralhomewoodbury.net    Smith Funeral Home, 303 Murfreesboro Rd. Woodbury, TN (615)-563-5337

To send a flower arrangement or to plant trees in memory of Sheila Ruth Lookabill, please click here to visit our Sympathy Store.

To order memorial trees or send flowers to the family in memory of Sheila Ruth Lookabill, please visit our flower store.