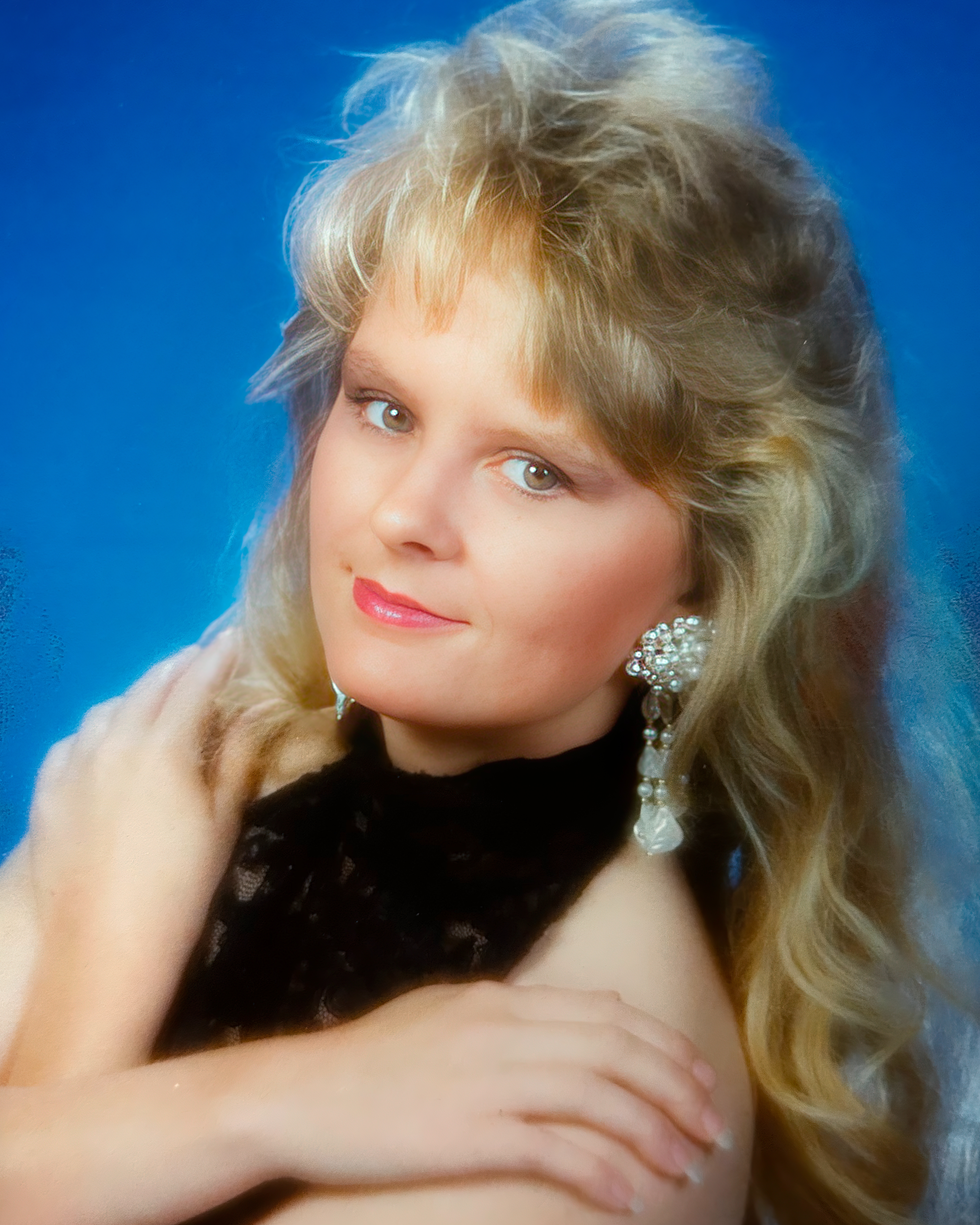 Ms. Sherry Sharlene Stephens, 49, of Woodbury, Tennessee went on to be with the Lord on Monday, November 21, 2022. She was born to her loving parents, Robert H. and Joyce Ann Smith, in Smithville, Tennessee on Tuesday, November 28, 1972. Preceding her in death were her mother, Joyce Ann Holden Smith, and her sister, Kim Prater.

Sherry was a bonafide Tennessee hustler but only in the sense of her work ethic. The only time she gave someone a run for their money was the day she was born. Fittingly born a Smith with a need for speed, Joyce just barely made it to the hospital before Sherry was born. Speaking of being a Smith, Sherry also picked up the trait of knowing how to work, and it didn't hurt that she had a willing teacher.

If there was a job to be done, you could rely on Sherry to do it. Working on an engine? She was right there next to you. Building fence? Sherry was all in! In fact, Robert quickly found out that he could get more work done with a fence crew comprised of women rather than with one made up of men. Though some may have considered her to be "one of the boys," Sherry wanted to be more than that. She wanted to be better (and faster of course) with a woman's touch to go along with it.

That woman's touch came in handy on many occasions, except when she tried to hang wall paper or pick color schemes for houses. When Joyce and Sherry got the idea to have a mother-daughter project and hang the wall paper, Robert ended up having to buy all new wallpaper and decided to keep them on building fences. Even Sherry's children had some good laughs when they looked back on one of the last times she painted a house. Instead of a dream home, they described it to look like a gender reveal party threw up on the walls. Well, we can't be good at everything, right?

And Sherry didn't take that reality to heart. Besides, wall paper and painting? Those are easy talents to give up, but something that Sherry did take to heart was people. Her social personality made everything she did look easy. She never met a stranger, and with her constant eagerness to work, she met LOTS of people. Once she knew you, she could talk your ear off. It led to her success as a waitress at Ryan's as well as many cherished memories of embarrassment for her children as they stood by during her conversations.

In everything she did, Sherry tried to emulate the love of Jesus. Before falling ill, she attended Sugar Tree Knob Church of Christ, where her faith flourished. Willing to give more than the shirt off her back to other, Sherry's big heart always shined through. She would borrow money for anyone and not want even a single penny back. When people took advantage of her kindness, her heart still had enough room to forgive. That need for speed had translated over into her relationships. She forgave fast and loved even faster. And the people Sherry loved most? There was no doubt about it. Her family.

With her parents and siblings, Sherry loved them unconditionally. All of their projects and time working and training under Robert's supervision led to a close bond. Early on, they enjoyed some fishing trips in their free time, and throughout her early years, Sherry lit up getting around the drag strip. She loved to get Robert fired up saying that someone was faster than him, but he must have been fond of his little girl's challenges. In her later years, she and Robert decided to try out a father-daughter project, restoring a 1967 Mustang. They lacked getting the gas tank on for it to be drivable.

Then, there are the lights of Sherry's life — her children. When Matthew was born, Sherry decided boys weren't all that bad and finally let one beat her (from time to time). Though all of her children kept her running with school activities and sporting events, Ashley and Kayla were a different story. Sherry wanted to inspire them like her parents inspired her as a young girl and instill in them a mindset of constant improvement. So, while the kids were still young, she went back, got her GED, and started school at MTSU, working toward becoming a Pharmacy Tech.

Now on to Sherry's favorite part. It's been said once you have grandchildren, your children become chopped liver, and that just may have been the case for Sherry. Her originality shined through when she got the affectionate name, "G-Ma," and she loved her grandbabies unconditionally. Her heart, her mind, her personality, everything Sherry brought to the table was original, genuine, and masterfully designed. The light she shared to guide and reassure others will be greatly missed but never forgotten. She went through life much too fast, but her memory will linger and race through her family's hearts and minds forever.

To order memorial trees or send flowers to the family in memory of Sherry Sharlene Stephens, please visit our flower store.