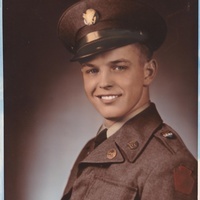 Mr. T J “Tip” Milligan, 88, of Woodbury passed away on September 8, 2018. He was a native of Cannon County, TN born on June 4, 1930. He was preceded in death by his parents, William Houston Milligan and Aileen Bucey Milligan; brothers, Kenneth McKeller Milligan and Bill Milligan; and sisters, Alma White Orr and Bonnie Lee Eaton.
He is survived by his wife, Nadine King Milligan; son, Roland Milligan both of Woodbury; sister, Peggy King of Nashville; daughter/granddaughter, Angie (Javin) Fann, son/grandson, Anthony (Jennifer) Milligan both of Woodbury, granddaughters, Ashley Milligan, and Whitney Milligan both of Murfreesboro; great grandchildren, J Daxton Fann, Treyton Fann, Jalin Fann, Tyler Player, Katelyn Milligan, Dakota Wimberly, Kylie Mael, and Skyler Whitford. Also survived by several other nieces and nephews.
Mr. Milligan was known by everyone in the community as Tip. Growing up during the Great Depression his family faced some hardships. His parents taught their children how to work hard, be honest, and take care of family. He graduated Woodbury Central High School in the Class of 1949. While in school he set his sights on his future wife, Mrs. Nadine. It wasn’t long until he proposed to her. After graduation he volunteered for service in the U. S. Army with his best friend Harry Jones. He was sent to Korea during the war. He and the other veterans endured very cold and harsh conditions. He served in the 24th Infantry Division and participated in three major battles. In the third battle he was wounded in hand to hand combat by a grenade. He was separated from his unit after being wounded. He managed to walk for many miles until a tank unit picked him up and transported him to the 121st M.A.S.H. Unit. They sent him to Japan where he spent many months recovering until he came back to the states. He was awarded a Purple Heart and two Bronze Stars due to his injuries. He suffered for the rest of his life from those injuries, but he didn’t open up to talk about it. He was a humble and quite person.
One of the first things he did once he got back was to make Mrs. Nadine his wife. She had waited over two years for him while he served his country. They were looking forward to celebrating their 66th Anniversary in December. They enjoyed many family outings to Center Hill Lake, boating, fishing, and having extended family come join them. The family was very close knit and enjoyed those times very much. When he was home he kept his yard neat, grew a vegetable garden, and took rides in the country. He was a member of the Baptist Church. He was honored to help take care of other veterans at the VA Hospital in Murfreesboro for over 30 years.
Visitation will be held at Smith Funeral Home on Tuesday, September 11, 2018 from 3-6 pm. Funeral services will be Wednesday, September 12, 2018 at 2 pm in the Smith Funeral Home chapel. He will be laid to rest in Riverside Garden with Military Funeral Honors. In lieu of flowers memorial donations may be given to the American Heart Association, American Kidney Foundation, or a Veteran’s Charity of your choice. Share memories with the family at www.smithfuneralhomewoodbury.net Smith Funeral Home, 303 Murfreesboro Rd. Woodbury, TN 37190, 615-563-5337

To send a flower arrangement or to plant trees in memory of T J "Tip" Milligan, please click here to visit our Sympathy Store.

To order memorial trees or send flowers to the family in memory of T J "Tip" Milligan, please visit our flower store.