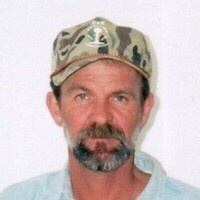 Mr. Timothy "Timmy" Rogers, 62, of Readyville, TN passed away on September 23, 2021. He was born in Woodbury, TN on April 1, 1959. Preceding him in death were his parents, Ray Donald and Eva Lois Griffin Rogers; daughter-in-law, Katie Sherrell; and friends, Larry Hollis and Leroy Stanley. He is survived by his sons, Justin, Dustin, and Dallas Rogers; daughter, Jennifer Rogers; ex-wife, Lea Ann Rogers; stepson, Ellis Dewayne Burnett; grandchildren, Jayden Rogers, Scarlett Newfled, Andrew Keith, Tinsley Rogers, Jeremiah Rogers, and Harmony Chapman; and special friends, Barry Bynum, Van Caffey, Keith Barrett, Kathy Thompson, Betty Bynum, Beth Murphy, Jack Mitchell, Alvin (Cathy) Branden, and Donny Leathe, Sr.
Mr. Timmy Rogers lived up to his April Fools' birthday and was quite the joker, especially while he was growing up. Enjoying the simpler things in life, he went on several trips hunting, fishing, and riding horses. However, when the time came to grow up, he was the first to step up to the plate. A single father and man of action, he raised his 3 sons. He emphasized the importance of knowing right from wrong and made sure to teach his boys. If there were any mountains he could move for them, he immediately rolled up his sleeves. There wasn't a thing he wouldn't do to help them get what they wanted in life.
Much of his success as a father can be accredited to his values. While attending Curlee Baptist Church, he made the decision to be baptized. Since then, he strived to put God first, his boys second, and, of course, his truck third. Simply put, Mr. Timmy was a good man. His social disposition and congenial personality attracted several friends, and he was someone that would be a true friend to anyone in need. Over the course of his lifetime, he took care of countless people. That same action mentality followed him, and he was someone who would do the jobs that no one else would. Losing Mr. Timmy will be felt throughout the community he served selflessly, but his memory is carried on by those same three boys he would have conquered the world for.
Visitation will be held at Gentry-Smith Funeral Home on Monday, September 27, 2021 from 4-8 pm. Funeral services will be Tuesday, September 28, 2021 at 2 pm in the Gentry-Smith Funeral Home chapel. Gregg Mitchell will officiate. Interment will be in Thyatira Cemetery. Share memories and condolences at www.gentrysmithfuneralhome.com Gentry-Smith Funeral Home, 303 Murfreesboro Rd. Woodbury, TN 37190, 615-563-5337

To send a flower arrangement or to plant trees in memory of Timothy "Timmy" Ray Rogers, please click here to visit our Sympathy Store.

To order memorial trees or send flowers to the family in memory of Timothy "Timmy" Ray Rogers, please visit our flower store.