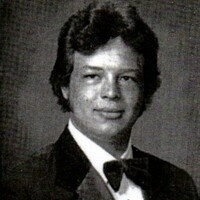 Waymon was a man of many stories and self-proclaimed attributes. He lived a life filled with humor and hard work but centered himself around his home. Growing up on an 11-acre farm and helping run his mom's store on the Rocky River, he knew what it meant to work. He took on the role as the man of the house, growing thick skin from a young age and becoming as stubborn as a mule.

It was no wonder that Waymon gained interest in playing football, and he was good at it too. As captain of the Cannon County football team, he lead them on to play in the championship game, but after high school, he decided to leave the playing to the pros and became a huge NFL fan instead. Originally, he was a tried-and-true Steelers fan but moved on to the Titans later on in his life. Derrick, "The King," Henry #22 was his favorite player.

Even with his gruff exterior, Waymon had a big heart. To his siblings, he was their protector, and Waymon loved his family fiercely. He was prepared at a moment's notice to defend them because he was allowed to say something to them, but no one else could. That mentality followed him throughout his life, especially with CeCe, whom he took care of for many years. Then, it multiplied when he became a father and Desiree came into his life.

There were many things, hobbies, and memories that Waymon and Desiree shared. They would listen to James Taylor and sing "Fire and Rain" together. They also went on several weekend dates together to Red Lobster. Though Waymon was a steak and potatoes kind of man, he had a soft spot for crab legs. Desiree remembers being asked to leave the Jade Dragon's all-you-can-eat buffet because Waymon planned to do as the buffet was labeled even after the 3-hour mark of being there.

Anyone that knew Waymon probably knew him for at least one of his signature characteristics. The first being that he was intelligent and didn't need a degree to prove it. He knew a little bit about everything and missed a good chance to be on Jeopardy (but he would play it on his phone). He also had quite the vocabulary and used lots of adjectives and colorful metaphors.

Second, you couldn't get past Waymon without talking to him or hearing a story about one of his grand adventures, like when he went to Woodstock. And when Waymon told a story, he was not going to spare you any of the details. Anything he remembered about the memory, he was going to be sure you heard about it. His larger-than-life personality was something he frequently used in his careers and for his careers.

Working as a plumber in Texas when it really began to boom, Waymon worked on several multimillion-dollar hotels and other infrastructure projects. When he came to Tennessee, he opened up Bill's Package store from the mid-1980s to the early 2000s, earning him a name and warm welcome back to the community. After making the decision to close it, he returned to plumbing, working for WW Plumbing and MP3 Plumbing and working on several more multimillion-dollar projects, like convenience stores and hospitals.

Some might say Waymon never bragged a day in his life, but they would be lying. He loved to tell customers and friends about his life. He was even a self-proclaimed professional air hockey, foosball, and darts player, and his family would vouch for him that he was an excellent cook. If you took any phrase from Waymon, one of his and his family's all-time favorites was when he would say he was made up of "twisted steel and sex appeal."

To send a flower arrangement or to plant trees in memory of Waymon Bill Mears, please click here to visit our Sympathy Store.

To order memorial trees or send flowers to the family in memory of Waymon Bill Mears, please visit our flower store.